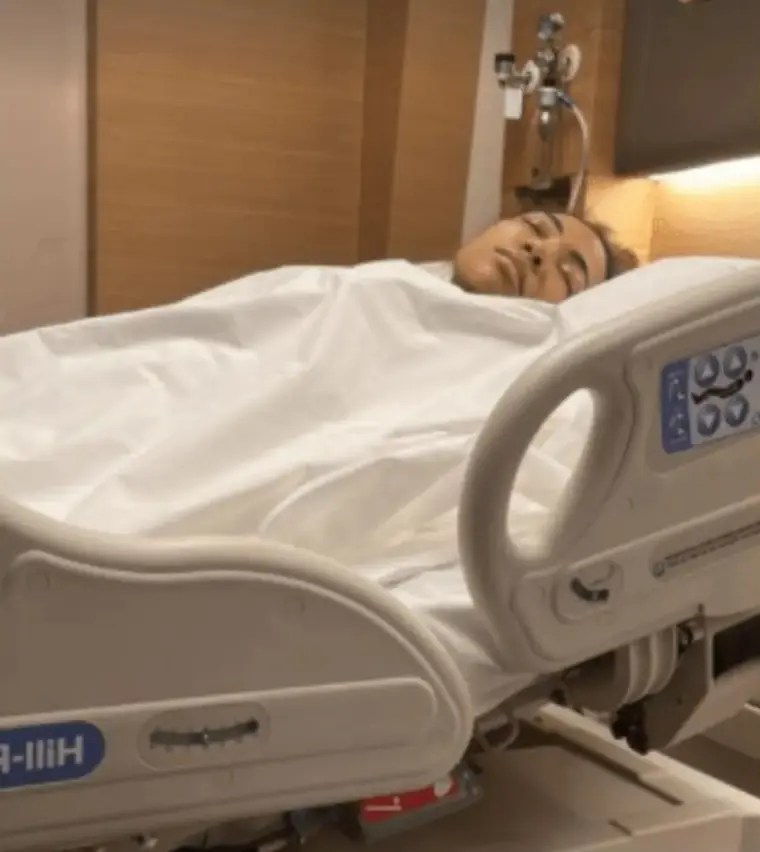 Well-known Mzansi model and television host Amanda du-Pont has revealed that she was hospitalized at a private hospital in Turkey.

The actress, who is famous for playing the role of Nompumelelo “Lelo” Mthiyane on SABC 1 hit show Skeem Saam, shared photos of herself lying on a hospital bed and seemingly under anaesthesia. Amanda was hospitalized at a private hospital in Turkey’s capital, Istanbul. 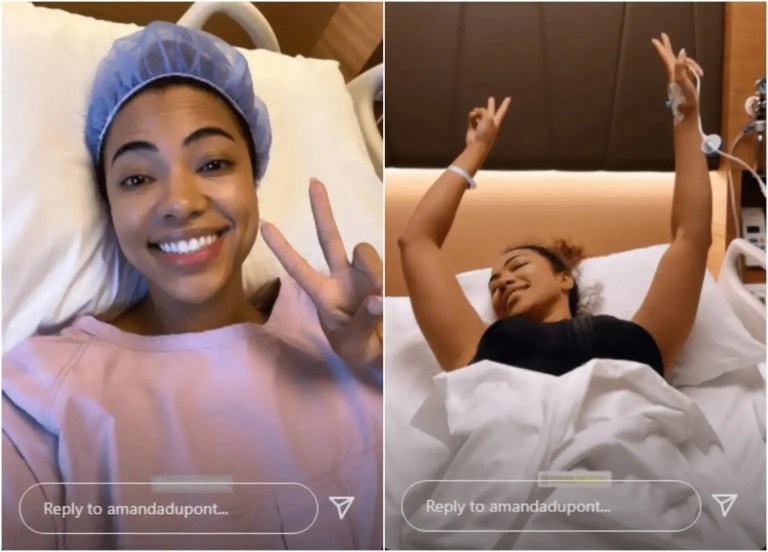 The beautiful and talented actress did not reveal what the surgery was for. However, Arpanu Medical, which she tagged in some of her posts, are the official partners of famous doctors and surgeons in Turkey. They offer services that include hair transplantation, dental treatment, ophthalmology, and plastic surgery.

Amanda revealed that the surgery went well and that she was well cared for. In one of her videos shared on Instagram, the actress said.

“Guys I’m feeling so much better, and the pain isn’t crazy at all. I could just be under pain but everything went well. The staff are great, really looking after me.” 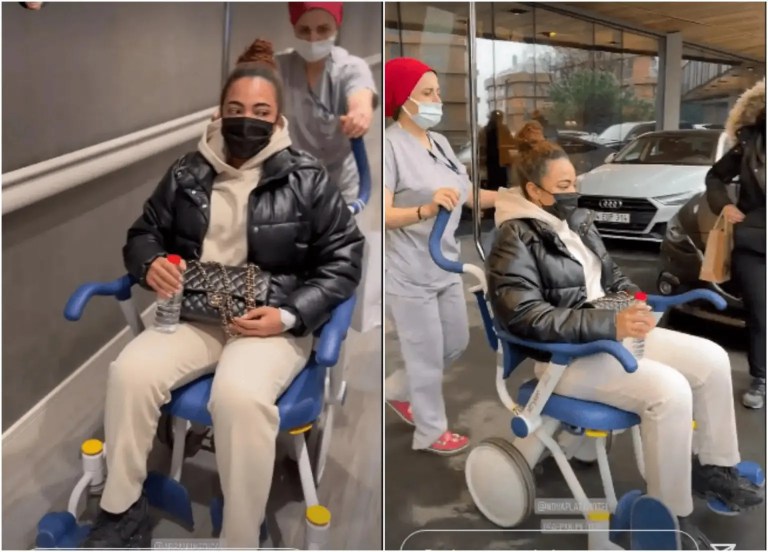 She also shared photos in which she appears to be getting discharged from the hospital. In the photos, she is sitting on a wheel chair while being pushed by a nurse in what appears to be a car park.

Amanda also paid tribute to her sister Kim Du Pont who was by her side during her entire stay in hospital. 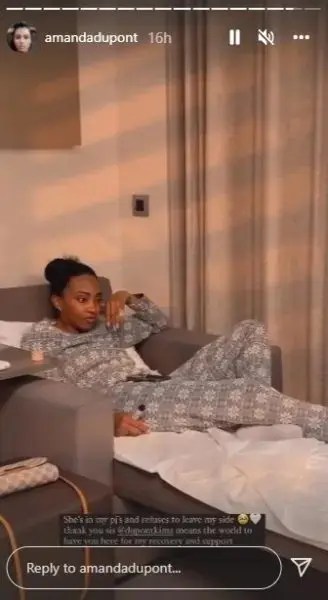