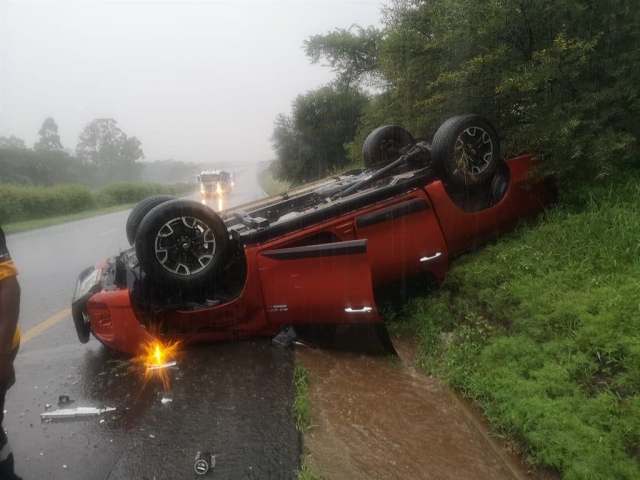 Motivational speaker Pastor Sthembiso Zondo and his office administrator Wandile Mdluli are lucky to be alive.

This after they were involved in a car accident in Estcourt, KZN midlands, on Friday.

Mdluli told the publication that they were on their way to a funeral of a church member in Volksrust, Mpumalanga, at the time.

“While on our way, the weather started changing – it started raining heavily. The pastor lost control of the car, which skidded off the road, went up a wall, and landed on its roof,” Mdluli said.

He said they came out alive, with just minor injuries, which was a mystery.

“We survived that accident through God. We’re asking ourselves how we made it, but we don’t have answers,” Mdluli added.

They were both rushed to Estcourt Hospital for urgent medical attention but later discharged.
The two were recovering at home. Pastor Zondo’s phone was on voicemail.