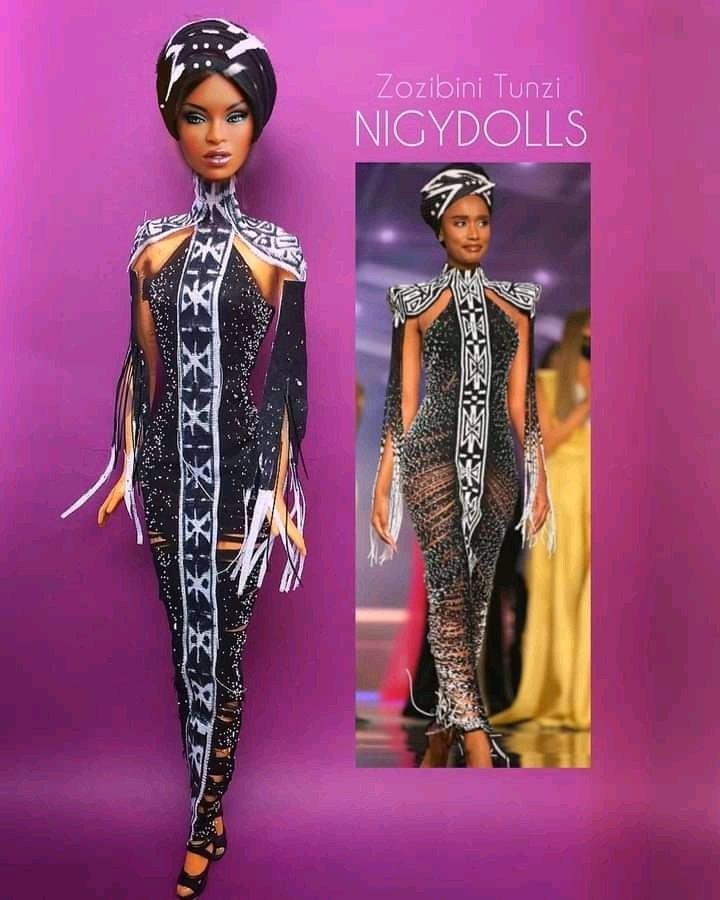 The doll is inspired by the outfit Zozi wore when she crowned her Miss Universe successor, Miss Mexico, at the Miss Universe finals on 16 May.

Fans of Zozibini had been asking for Zozi dolls for years after she won Miss South Africa in 2019 and the demand was high when she won Miss Universe 2019.

However, when the picture of the doll from Nigydolls was shared on social media, some people didn’t have good things to say about it because they weren’t impressed.

Some said the doll doesn’t look like Zozi and doesn’t even look African. However, some people stood up for the doll and said dolls aren’t meant to look precisely the same as the people who’ve inspired them.
A Twitter user who was against the doll, Intern Cleaner, wrote: “Doesn’t look like her… no no no.”

Another user, Bangi SA, stood up for the doll and said people have a lot of expectations.

“Can anyone provide any previous proof of dolls looking exactly like who they are intended to look like,” she asked.

“Growing up with action figures, I’ve never seen a doll that looks like the person.

This is not the first doll inspired by Zozi. In 2019, children’s author Fatima Abdullah also created a black doll line that was inspired by the former Miss Universe, a week after she was crowned.