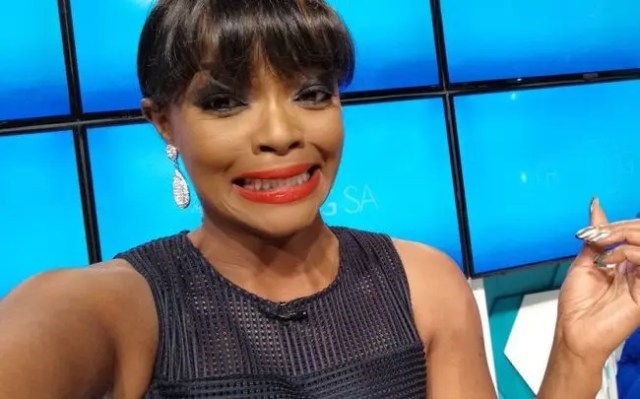 IT seems that associating herself with a political party has allegedly cost Nomakula “Kuli” Roberts her journalism job.

According to sources close to the media personality, she has been fired with immediate effect by the media company she worked for as lifestyle editor.

She caused herself deep trouble when she was announced as the African Transformation Movement councillor candidate in Tshwane for the local government elections.

After she made headlines, ATM chief of policy and strategy Mzwanele Manyi announced that due to unforeseen and confidential circumstances, Kuli was no longer their councillor candidate nor their party member.

Sources said the media company allegedly laid three charges against her, all of which she was apparently found guilty of.

One source said the company first suspended her after she was called into a disciplinary hearing, where she tried to defend herself.

The company allegedly believed she ignored the journalism code of conduct.

Said the source: “She was found guilty of breaching the code on independence and conflict of interest by availing herself to be nominated as a ward councillor for ward 65 in a Tshwane municipality for ATM. She was also found guilty of compromising and bringing the company name into disrepute by agreeing to and allowing such a nomination,”

Another source revealed Kuli was also found guilty for the break down of trust arising from her action on charges one and two.

“She tried to convince the company to not fire her. She explained she is a breadwinner and solely reliant on the income from her job. She also said she had a bond to pay and losing her job could render her homeless.”

A third source said Kuli denied availing or allowing herself to be nominated as ATM ward councillor candidate.

“She accused ATM of fraudulently using her name and profile as a celebrity to advance their political agenda and garner public support.”

When contacted on Monday, 25 November, Kuli denied any knowledge of her dismissal to Daily Sun.

“You’re the first person I’m hearing this from,” she said.

Contacted again on Thursday, 28 October, she still denied it. “I say to you, those are all lies. I haven’t received a letter stating I have been dismissed.”

“She was a member of ATM but resigned after she went through challenges. We didn’t know she has been dismissed for being our member. We will have to conduct our own investigation to find out what happened.”

On the alleged claims that ATM used her to gain public support, he said that would be a lie. “She was our member and councillor candidate but she later resigned.”

Since Monday, 25 November, Kuli’s employers have failed to respond to the SunTeam’s questions.