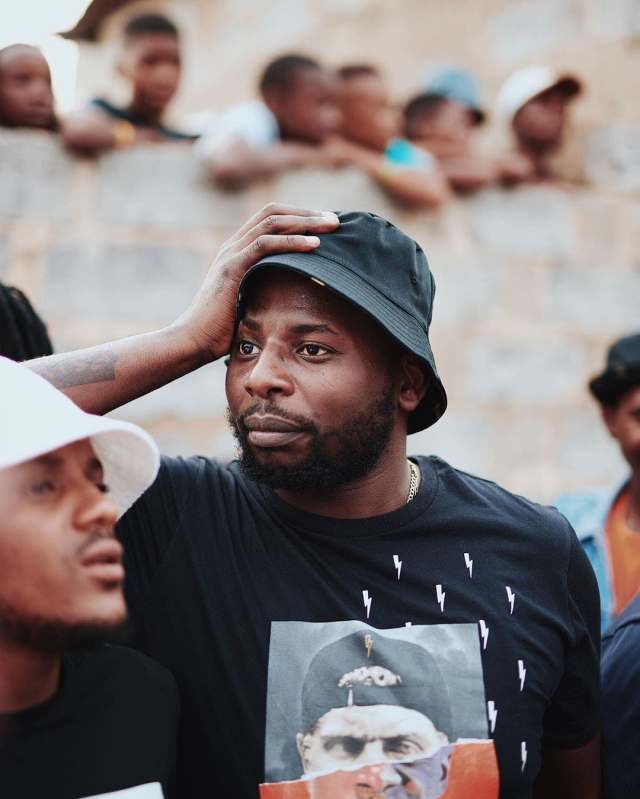 Fans have told DJ Maphorisa to stay in his lane and stop belittling other artists This is after he made a Facebook comment about other artists.

“I think some artists must come consult with me before they release songs cause, ja no, it’s not happening shame,” he wrote.

His post garnered more than 3 000 reactions, with fans telling him to humble himself and enjoy his fame while it lasts.

Mamo said: “Personally, I think this is not fair because you’ll be very busy and hard to be found by these artists. Many are killing it already without you. Please humble yourself, phori.

“If you want to help, make time and avail yourself and make sure they can afford you. Don’t belittle anyone. Lewena you started somewhere. Someone believed in you and gave you a chance.”

Vusi Man Rush Masango mentioned a few “has-been artists” who were once on top of their game but stayed humble.

“Bouga Luv was on fire. We thought nobody could stop him. Kalawa Jazzmee produced so many artist and talents, but they stay in their lane, very humble and disciplined. Should I continue?”

To which Maphorisa took offence and responded: “Nyenyenye continue what? Don’t compare me. I’m my own version. I’m different, just watch my moves. Don’t wish me bad.”

Kagiso Kgampempe commented: “Your ego reminds me of Cleo during his days when he made hit after hit. Then suddenly he thought he was bigger than the game. Life will humble you.”

Nomantlane Bangani said: “I’d swallow those words if I were you.

The entertainment industry is like fashion. The music you’re making now is just for us. Enjoy for now. Humble yourself, my guy, and do what you do for now.”

“I wonder if Oskido can say the same words to him. Remember his days at Uhuru. He must stay humble. People come and go in this game,” commented Bongani Sibanda.