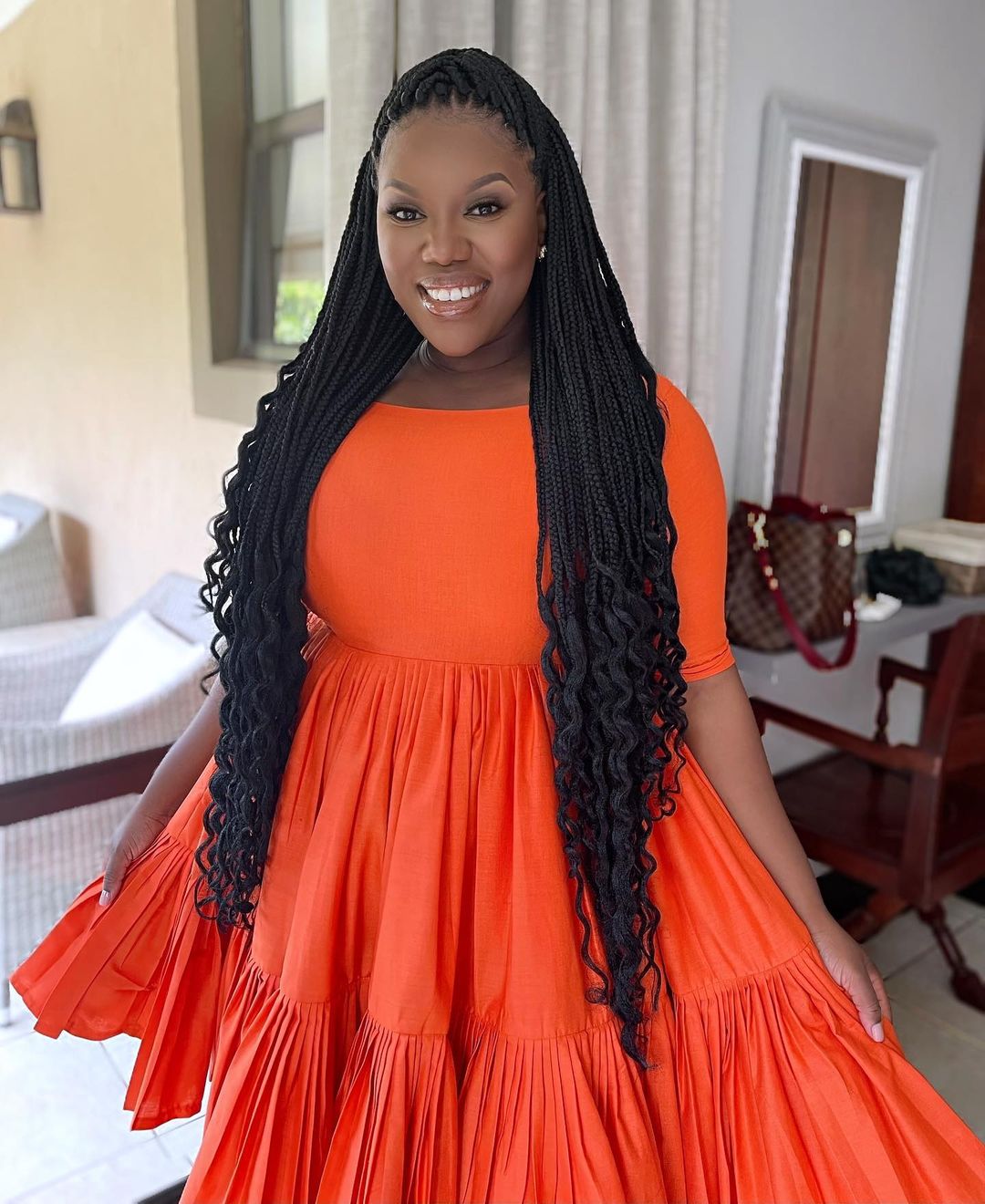 You probably know her if you’re a real fan of the South African soap opera, Uzalo. Her real name is Gugu Gumede and she plays the role of Mamlambo on Uzalo. Mamlambo is a controversial, Christian woman who you may just fall in love with just like that. Continue reading the pictures of this beautiful and elegant actress in real life. so, keep scrolling to see more of her

Real facts about Mamlambo from Uzalo

The actress is so talented and a God-fearing woman.

She was born to very respected and popular parents, her dad being the late Simon Hulumeni Gumede and her mama is the celebrated freedom fighter, Zanele kaMagwaza-Msibi.
Gugu studied acting and drama at the American Academy of Dramatic Arts in Los Angeles.