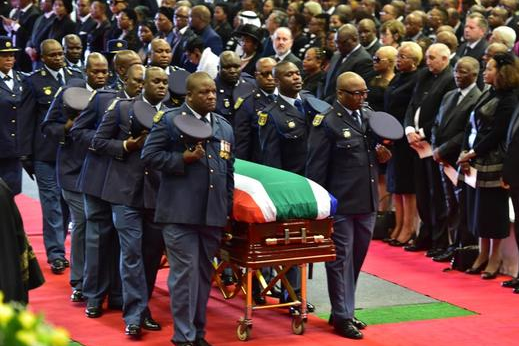 The president will deliver the eulogy for the pioneering businessman who has been hailed as a modern-day Midas. Maponya passed away on Monday, January 06, just days after celebrating his 99th birthday.

President Ramaphosa has honoured Maponya with a Special Official Funeral Category 2. The National Flag has been flown at half-mast from last Friday and will remain until the evening of the burial at West Park Cemetery.