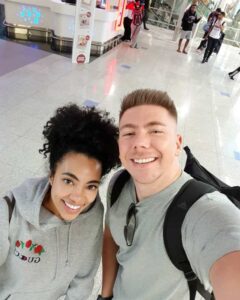 Amanda Du Pont kept her relationship and marriage to her now hubby Shauwn Rodriques on the down low and the pair are always serving couple gaols on Instagram.

Amanda revealed that she tied the knot with Shauwn in a post dedicated to her late grandmother, and since the cat was let out of the bag, they have been literally joint to the hip. 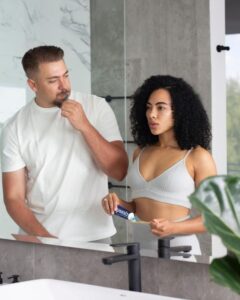 Today, Amanda and her hubby are celebrating a special day that has not only one milestone but two. Today is is not only their wedding anniversary but also Shauwn’s birthday and Amanda celebrated the special day with a heartfelt message.

Taking to Instagram, the actress wished her hubby abundant blessing for the future claiming that even though he drives her crazy, she is one of the luckiest girls to have such an amazing partner such as him.

“Happy Birthday and Anniversary my love ❤️ @shawnrodriques May God grant you supernatural favour, health, wealth and joy all the days of your life!!! You drive me crazy 😜 but I wouldn’t have it any other way-bestie and wing man for life! I’m so proud of the man you are. Keep aging like fine wine” Amanda said.