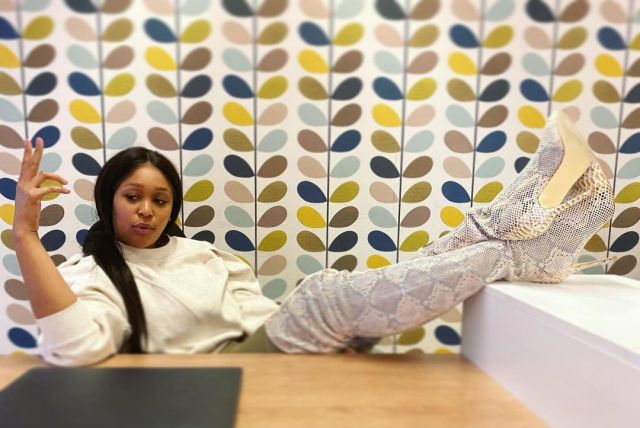 Minnie Dlamini gets herself a new working space and she showed it off on social media.

The TV personality made it known that the essence of having the work space is because she’s working on a project.

However, she’s yet to reveal anything about the project.

“We just moved into our new office space 🎉@beautifuldayproductions pre production has begun 🎬 #NewProjectLoading,” she said.

In December 2020, Minnie revealed that she’s working on a movie production, which is assumed to be her first.

It is believed that she’s continuing her work on the project, which is the movie.