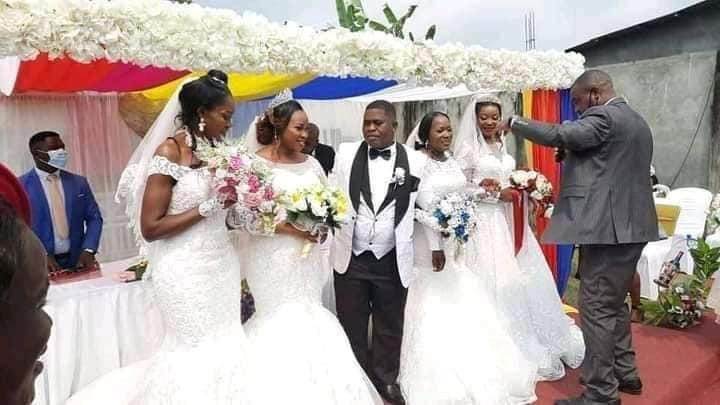 SOCIAL media users have expressed shock after Gabonese business mogul identified as Mesmine Abessole also known as Kether De Bonegere has tied the knot with four women at the same time in a grand ceremony.

The businessman Mesmine Abessole tied the knot with his wives Madeleine Nguema, Prisca Nguema, Nicole Mboungou, Carene Sylvania Aboghet at a ceremony held in Libreville, Gabon. The ceremony was a grand celebration which was graced with a lot of guests.

Polygamy is one of the popular practices in the African continent. Many have been reported to have married more than one wife. It appears that the Gabonese Businessman is trying to appear in the Guinness book of record as he marries four wives at the same time in a grand ceremony.
Social media users on Twitter have however reacted to the photos of the businessman with his four wives all well dressed up. 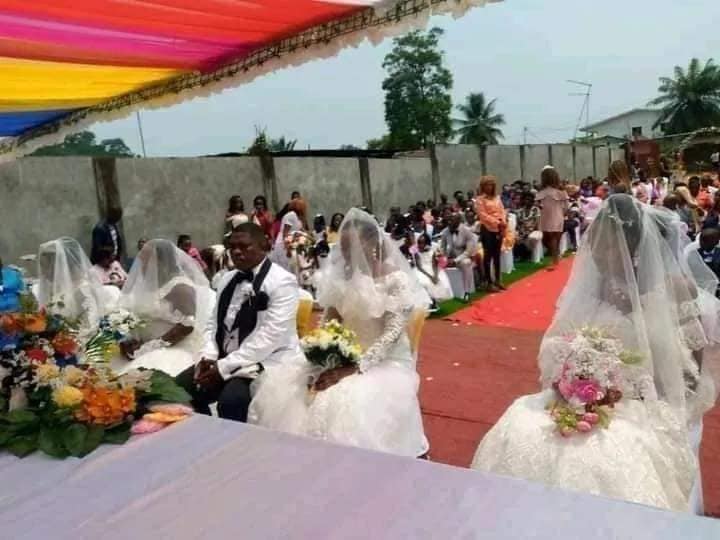