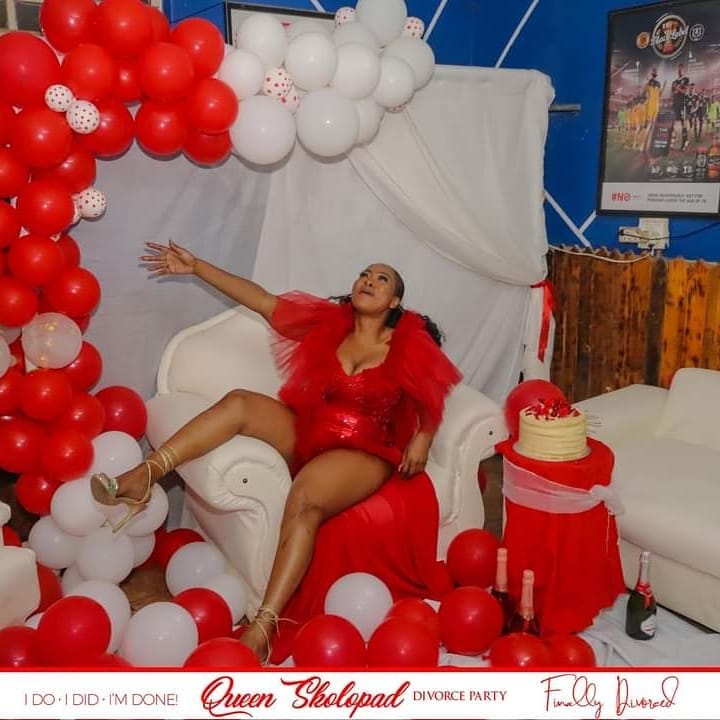 Radio presenter and nurse Skolopad was fun-drenched over the weekend at a divorce pary that she hosted. Last week Friday, the actress announced the party, saying it’s first of its kind, and her new husband which is the second gave his support. 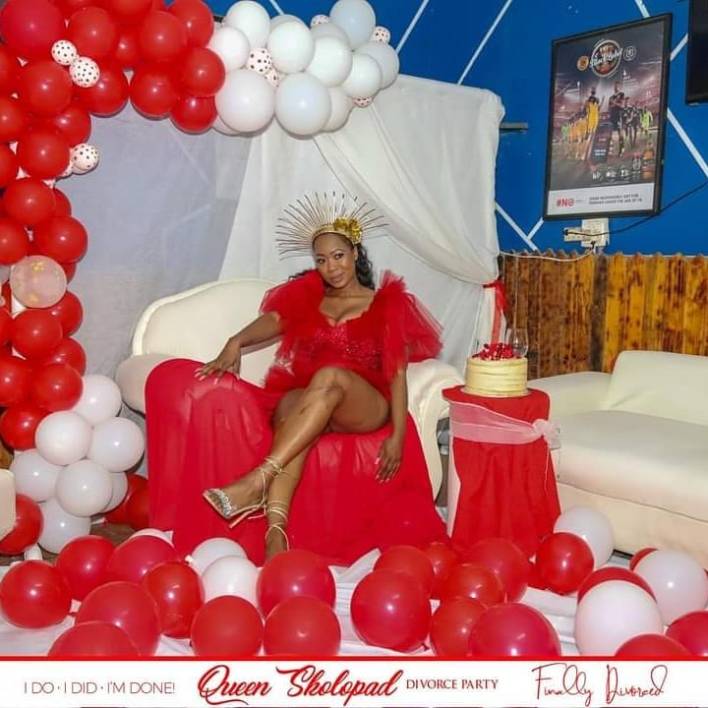 “The first Divorce party in Bethlehem Free State with the support of my second husband. Spider ke Spider okase Mospidulle,” she said.

Following the success of the event, Skolopad scooped snaps on social media detailing how fun the party was. 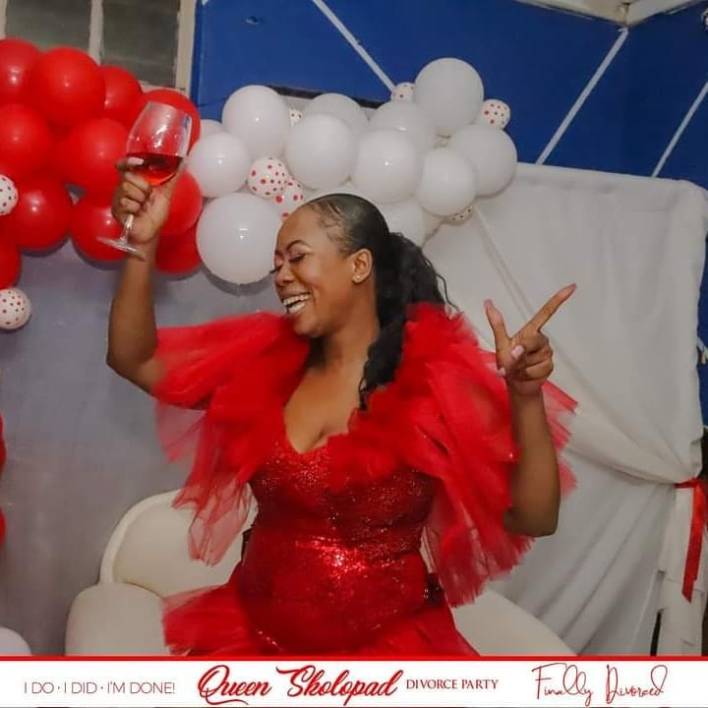 Skolopad got married again to a second husband few months ago, thought she’s quite private about her personal life, but she was known to be married before.