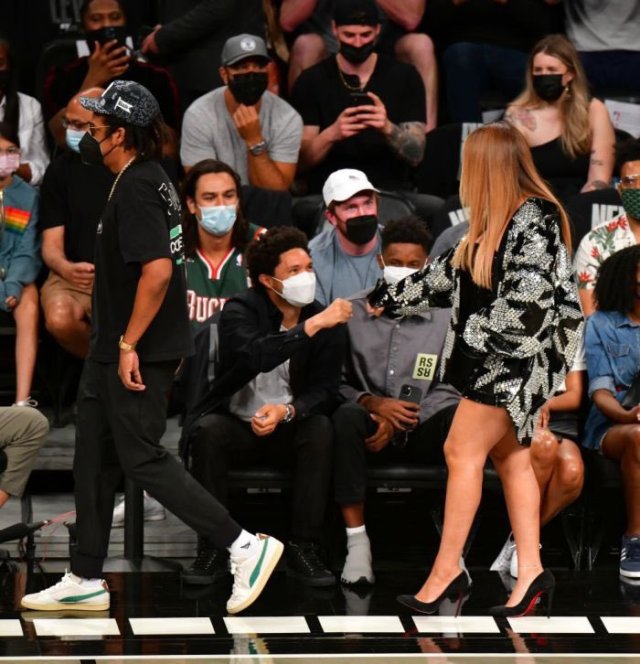 Trevor Noah is a South African comedian, television host, writer, producer, political commentator, and actor. He is the host of The Daily Show, an American satirical news program on Comedy Central.

Born in Johannesburg, Noah began his career as a comedian, television host, and actor in South Africa in 2002. His currently live in the state of America and and last went to a basketball game where he met Jay Z and Beyoncé. Mzansi couldn’t help but have a say.

Her are some reactions…

It's Trevor Noah and Beyonce for me😫🔥 pic.twitter.com/7ye343hqnX

Trevor Noah got Beyoncé secured as a guest on his show for the B7 era, I just know it. pic.twitter.com/KUYkOli3oW

That “Trevor Noah and Beyoncé moment” energy to start the week 👊🏾 pic.twitter.com/BndRk62tH2

Oh what’s this? Nothing much, just Trevor Noah casually fist bumping Beyoncé and what not🔥😎 pic.twitter.com/4SM25wT9yk