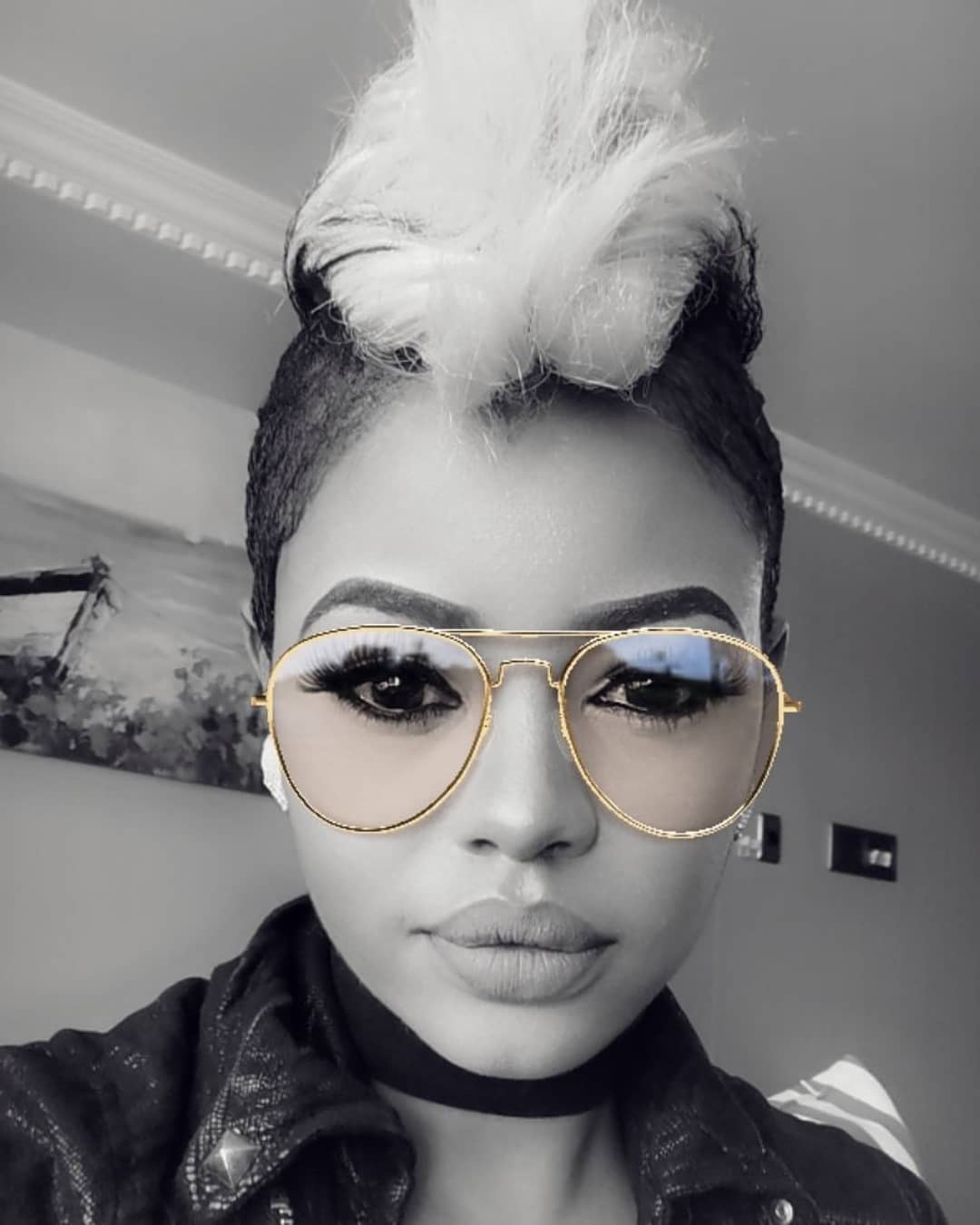 Congratulations are in order for Zandile Khumalo. The singer recently shared on Instagram that she is pregnant.

Zandile said she is close to welcoming her baby, she is 8 months pregnant.

Sharing a picture of her cute bump, Zandie wrote: “A journey that is exciting and very scary at the same time but worth it, I wanna thank God for lesibusiso esisendleleni…….I’m 8 months in today and I can’t believe it’s almost time. We can’t wait to meet u Zenala ka mama” 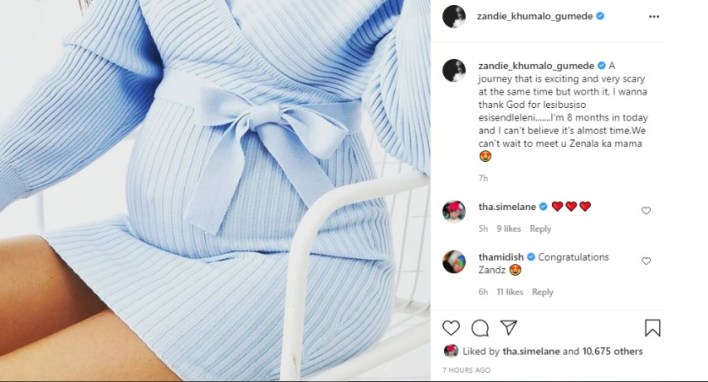 Fans took to the comments section to congratulate Zandie.
Nsele_Luyand responded: “Ahhh love congratulations I’m so excited hope you are enjoying this beautiful gift may the Lord protect you.”

Jabum_089 told Zandie to fix things with her sister Kelly Khumalo, “Fix things with your sister. You’re going to be a mom soon. Your kids can’t have a relationship bantu guys 😢💔”

Zandie and her sister haven’t been getting along since Zandie’s husband Mhlo Gumede allegedly used Kelly’s name for an event she was not part of.

It was reported that he took a payment of R17,000 from organisers, Distancing herself, Kelly released a statement making it clear that Zandie’s husband was not part of her team.

Kelly wrote: “With all due respect, Mhlo Gumede is my sister’s husband And manager NOT my bookings manager nor part of my team, never was and never will be, so what ever dealings you may have with him Do NOT involve me.”

A few weeks ago, Zandie jokingly shared on Instagram that her husband said she is a monster. She said her husband pranked her with their helper’s phone.

Zandie said he went into their helper’s WhatsApp and updated a status saying Zandie is a monster.

The alleged Whatapp status read: “My male boss is the best shame but the female boss is such a monster.”

On a now-deleted post, Zandie wrote: “So my husband takes our helper’s phone and posts this on her WhatsApp status before he leaves. Then 1 min later he calls me and say baby umenzeni u Pretty check her whattsap status mangisbona yazi ngezwa ikhwapha lijuluka liba manzi same time lapho u Pretty uyafa insini yazi ngizoyibulala le moer yendoda. (Then 1 min later he calls me and says baby what did you do to Pretty, check her WhatsApp status. When I look at it, my underarm just went wet, and Pretty on the other hand is just laughing. I am going to kill this man.)”