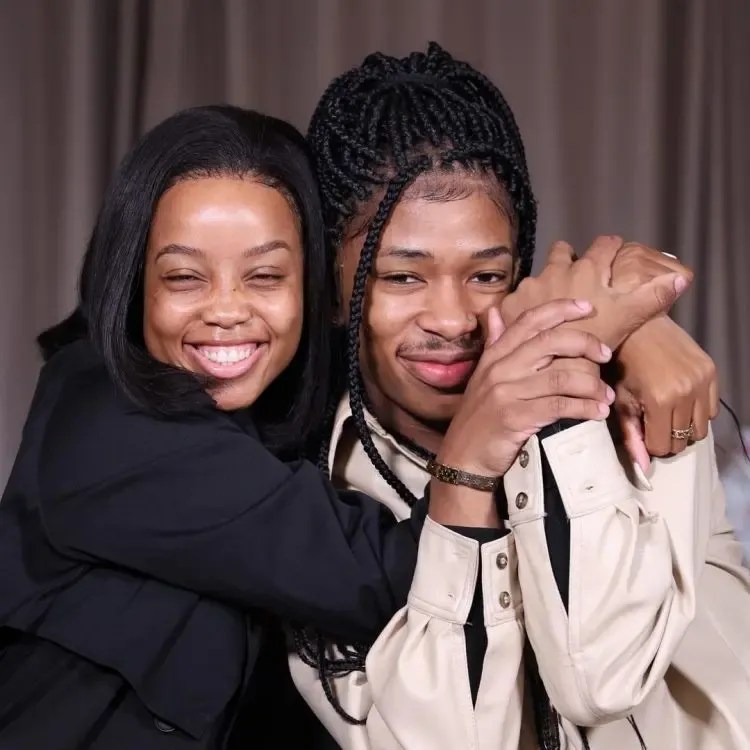 South African actress Ntando Duma has shared a video of herself lying in bed with YouTuber Lasizwe Dambuza. He can be seen approaching her and trying to kiss Ntando while she pushes her away. Ntando broke into laughter after noticing was Dambiza was trying to do.

Lasizwe shared the same video and captioned it, “When she finds out that you’re only gay on Sundays.”
Whenever Ntando and Lasizwe come together, they always serve the people content that they want to see. On the premiere of Lasizwe’s Drink Or Tell The Truth YouTube series, he had Ntando as his guest and the episode was fire.

Dumbuza did not waste any time in getting into the fun stuff as he asked her about the viral sex tape from 2020 and Ntando cleared the air. “Oh, no man. No, it’s not true. That wasn’t me. Also, my sex tape would be fire hey. Put some respect on my name. And I’m sorry they had to leak that sex tape. I also don’t do sex tapes,” she responded.

The actress was also asked whom would she choose to spend the rest of her life with between Sicelo Buthelezi from Gomora whom many people are linking her to and her baby daddy Junior De Rocka. Surprisingly she chose her Junior. Her motivation for her answer was that she’d rather spend the rest of her life with some she already knows. She also revealed that she is currently in a committed relationship.

It was then Lasizwe’s turn to answer the juicy question. He was asked who he would prefer to have a one night stand with between Lunga Shabalala, Vusi Nova and Maps Maponyane and he opted for Vusi Nova. He said that he is not a fan of men who have hair.
The host was not going to let Ntando go without putting her on the spot. She was asked to share what her worst television scene was and she revealed that it is all the kissing scenes she has done thus far.

“My worst scene will always be kissing a man on the show. It’s very uncomfortable kissing someone that you don’t know on the show that you don’t have an actual relationship with. So all the scenes I have done with Schumacher were very uncomfortable. But he is such a nice guy. He is such a great actor. He made it very easy for me. Genuinely I hate those scenes.” She said.

She also revealed that kissing Phila Mazibuko during her time on Rhythm City was uncomfortable for her. “To kiss someone, you don’t know for the first time, you don’t know where they come from. For what? It was the worst.” She added.