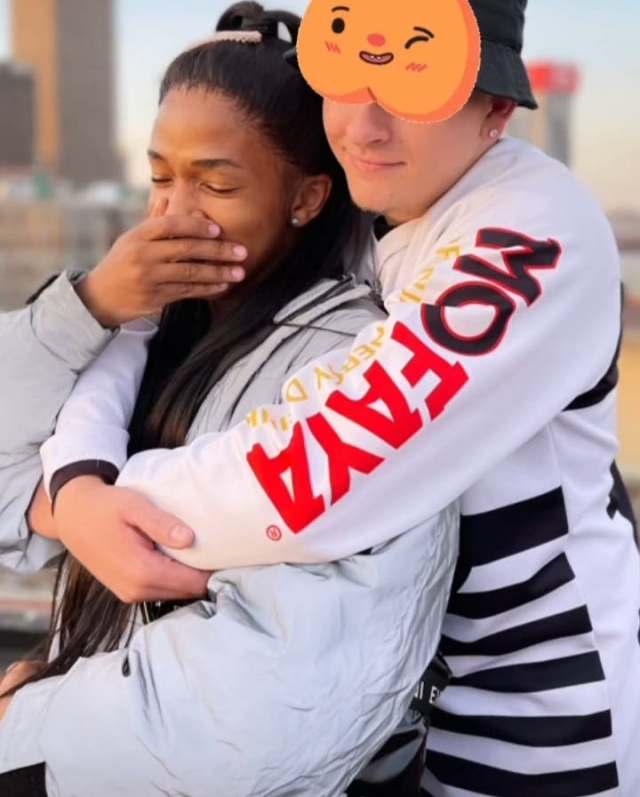 Lasizwe recently took to Instagram to show off his new boo and they look so happy together. Dambuza first posted a video of his new lover seemingly picking him up from a shoot and later uploaded a story of them looking all boo’d up. He captioned it “Thank you papi.” He hid his fave with an emoji and has since removed the IG stories.

However, it appears @thepopcornroomsa have found the mystery man. They shared a snap of a guy wearing the same attire as the guy on Lasizwe’s stories. 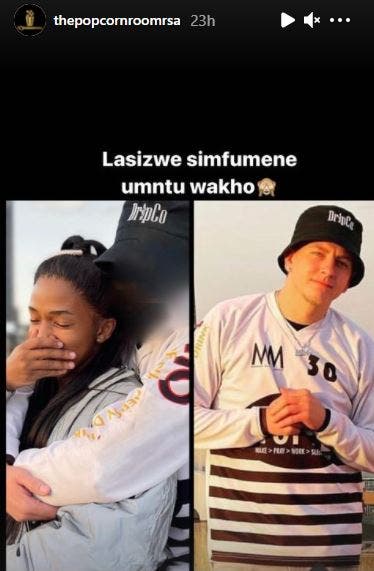 It is a great sight to see that he has moved on from the messy breakup with his previous boyfriend. Their relationship ended in tears after they had us green with envy on Valentine’s Day.