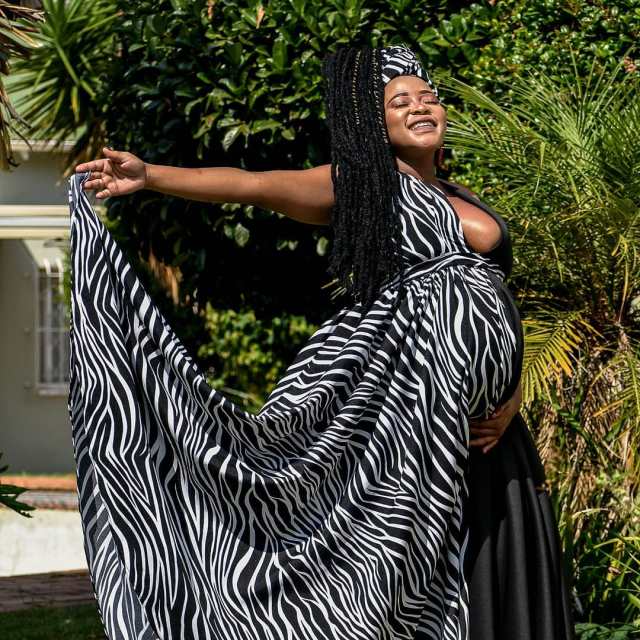 Pregnancy is indeed no joke! Pebetsi Nolo Matlaila is currently going through the most with her pregnancy and she is defeated. The mummy-to-be who is also a newly wed took to Instagram and proved that she does not suffer from what would people say syndrome.

In a few hilarious ‘before’ and ‘after’ stories, Pebetsi who is heavily pregnant, showed off her swollen face and expressed how shocked she is. She first showed us a picture of her before pregnancy and then another video where she lets her trolls know that she does not care about them. 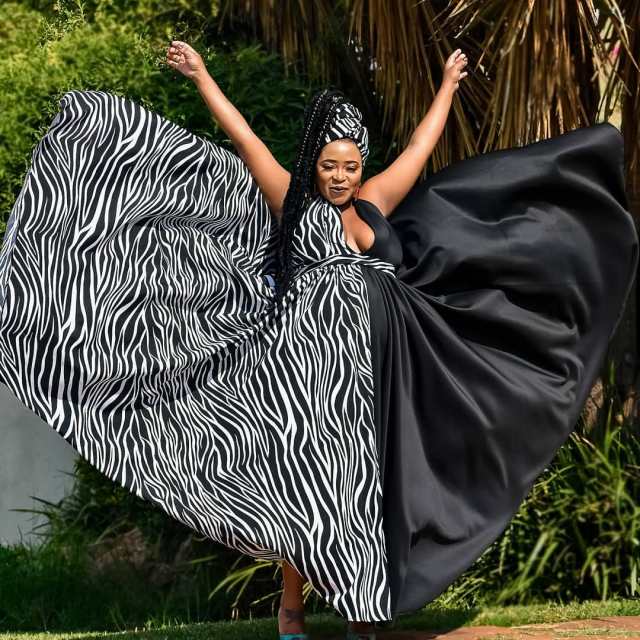 In another post she applauded women and their strength to give life to another human. “And yet I still believe that God chose women as the most sacred force and portal powerful enough to navigate unborn spirits into the world.”

Last month, Pebetsi and her family survived a horrific car accident and attempted hijacking. Pebetsi revealed that she had dinner with her husband and daughter on Friday night so the incident happened when they left. 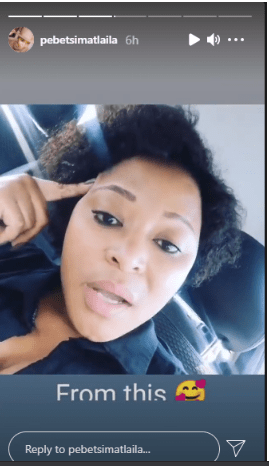 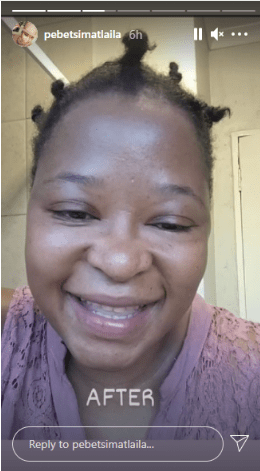 “On Friday night (coming back from dinner with a loved one at the airport) my family and I were involved in a car accident while escaping an attempted hijacking. Besides the shock and minor injuries, everyone involved in the accident survived with no casualties reported, we thank God,” the actress wrote on her IG stories.

“I rejoice and praise the Sovereign God because we’ve been discharged from hospital. We’re still in good health, including the baby. Material things can be replaced but life can be lost in a split second. But mercy said no. God reminded us of His power and protection, even when we’re not aware. I serve a living God, my family and I are all still good.”