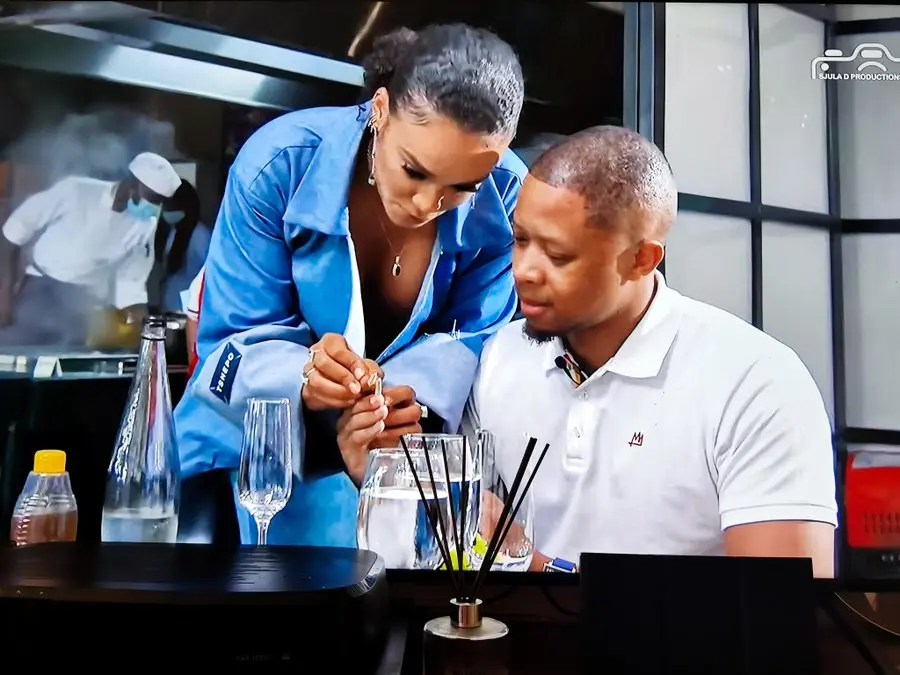 Pearl Thusi recently revealed that she had some bad news, leaving fans concerned. Now as she reveals that it has to do with her date with Mr Smeg, tweeps are conflicted on what it means.

The Queen Sono actress recently brought the country to a standstill as she went on a date with Twitter influencer Michael Bucwa, aka Mr Smeg. As the date was streamed live on YouTube, fans got a chance to watch their interaction real time, and we have to say, it was one of the cutest real life dates Mzansi had ever had the pleasure of watching.

We all held our breaths when Mr Smeg asked Pearl to be his Valentine, as did both of them too. And after a big, nervous laugh, she said yes, starting excitement all over Mzansi social media.

But now she has revealed that she is going to stand him up, and tweeps don’t know how to feel about it. According to the actress, she has recently found out that she will be away for work on the date, which obviously means cancelling the date.

Mr Smeg is visibly upset, as he went online to announce that the date is cancelled. But fans have been stepping in to help both of them digest the sad situation, as well as to comfort each other, as the Pearl fandom was rather excited for the event.

The Valentine's date has been canceled.

So the Date is not happening 😕 pic.twitter.com/sLFRlxUNig

He has been advised to take it easy. She obviously did not want to cancel the date, but she has to. And they say, at least she has cancelled for a noble reason — work, rather than just because she didn’t feel like it. Plus, a date can always be rearranged. They did it once, they can do it again. Valentine’s day will have passed, but their date can still be special.