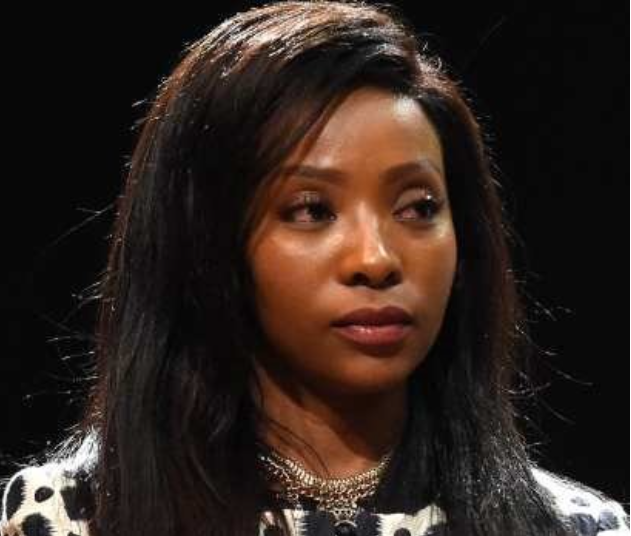 Exposing her alleged abusive former manager at Metro FM was not enough for Pearl Modiadie so she has involved the law. The radio and TV personality is reportedly going to sue Metro FM for sweeping her s.e.xual harassment ordeal under the rug.

Sunday World reported that Pearl is pursuing legal action with the help of her lawyer to get justice. This after she lodged a complaint against her former manager to Metro FM’s former station manager, who ignored her cry. Last week, the publication reported that Pearl’s 5 year run at the radio station ended because of this incident as her contract was not renewed.

She recounted the numerous times she suffered at the hands of her former manager who made sexual remarks, which made her uncomfortable. When Sunday World questioned her about the incident she said it happened “more than once.”

She then further adds, “…reference was made about my body shape and how ‘sexy it is’. Uncomfortable sexual innuendos were thrown around during conversations, even in the presence of my now former colleagues.”

There was also an incident where I had posted a bikini picture on Instagram and he inappropriately brought up a conversation about that picture and how ‘hot I looked’,” she explained.

“The last sexual remark he made was in an e-mail that other staff members were copied on. I responded that it made me feel uncomfortable and that I was tired of the sexual harassment I was subjected to. This e-mail was sent during my radio show and only one of the guys copied stood up for me.

“He then apologised on e-mail and came down to studio to apologise in person. I was visibly upset and in tears! Even the celebrity guest who was present for his studio interview saw all of this. I felt violated and couldn’t even show up for work the next day.

“I had copied the then station manager in the e-mail and there was never a response from her. It was never addressed,” she said

On Twitter she confirmed that the incident did indeed take place, expressing how relieved she is now that the media exposed the manager. “I kept quiet for too long until media picked it up and never have I been grateful for that because it finally gave me the courage to speak out about the sexual harassment I was was subjected to at Metro FM.”

I kept quiet for too long until media picked it up and never have I been grateful for that because it finally gave me the courage to speak out about the sexual harassment I was was subjected to at Metro FM. https://t.co/y5qgtEXGVn

Last week the SABC issued a statement on social media but they received some backlash as well. “The SABC notes with concern media articles about the alleged sexual harassment case at Metro FM and the Tweet by Ms. Pearl Modiadie.

“The SABC views sexual harassment in a serious light and will use its internal policies and procedures to deal with this matter. The SABC encourages any employees subjected to sexual harassment to use the Corporation’s specific internal channels to report such cases,” the statement reads.

The SABC notes with concern media articles about the alleged sexual harassment case at Metro FM and the Tweet by Ms. Pearl Modiadie. pic.twitter.com/D3yKAoY18p

Pearl’s lawyer Mafona Ramothwala confirmed to the publication that they sent out a letter of demand, “We can confirm that legal action for damages was initiated through a letter of demand which was sent to the SABC on June 18 2021.”