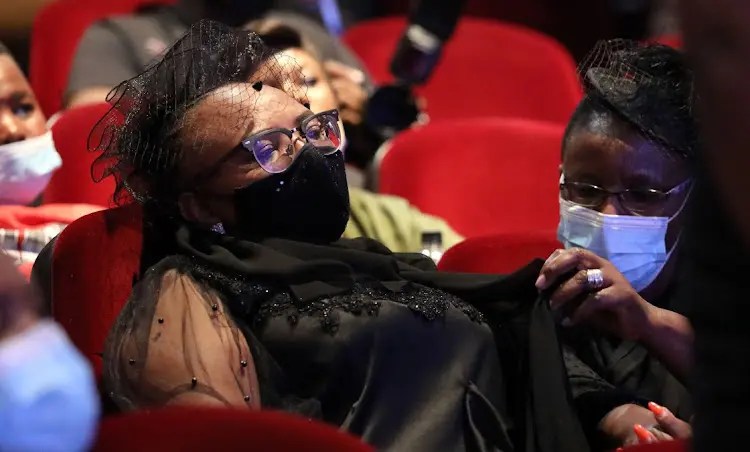 Today the 27th of January 2022, was the late veteran actor Patrick Shai’s memorial service. He passed away on the 22nd of January at 66 at his home in Dobsonville. Patrick shockingly committed suicide, leaving his fans with so many questions. He was doing well in his career, with a wife and children; nobody could think of a reason why he’d take his own life.

Some people speculated and came up with their conclusions. Others blamed the rapper Cassper Nyovest and his fan base after they had a bit of controversy.

As we all know, the actor was an anti-gender-based violence activist. He sat with numerous people with different backgrounds who shared their emotional stories. Patrick Shai‘s wife, Masechaba Shai revealed to the memorial service attendees that; her late husband passed away due to emotional heaviness.

Time after time, his heart became heavier and heavier with not knowing how to cope with this. Hearing tragic stories can never be easy for anyone, especially someone who is not a trained professional. It got so bad for Shai that he could no longer take it, so he let go of it all. He didn’t want to leave the people he was counselling hanging and walking away, so he left in a way that he could never go back in.

His colleagues for his acting craft and anti-gender-based violence spoke of his passion and diligence. He was called a fantastic thinker with a fire for making his characters come alive. His wife called him an amazing husband; without shying away from his abusive history, she spoke highly of the man he later became towards her. As a husband and a father, the one thing that stood out about him was his overwhelming love for his family.

His funeral will be held on the 29th of January, 2022. His family is currently discreet about the time and venue.