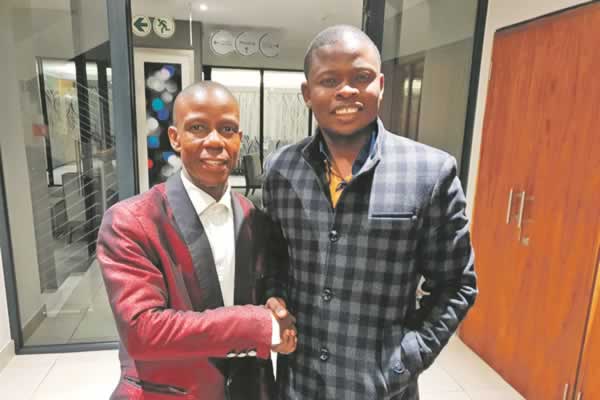 The Incredible Happening Ministry founder, Pastor Paseka Motsoeneng, might soon find himself sleeping in his R2 million BMW i8 under a bridge if the court grants the bank’s wish.

Motsoeneng, popularly known as Pastor Mboro, is on the verge of having his house in Alberton in Ekurhuleni repossessed by Absa Bank which financed the deal.

The bank decided to take legal action against Motsoeneng two months ago after he had allegedly defaulted on his bond repayments.
Celebgossip hs learnt that the bank applied for a default judgment against him in the Pretoria High Court on November 30 2020. It also requested the court to grant it a warrant to attach the immovable property.

The bank says Motsoeneng owes it R1 388 597 and if he does not want the house to be repossessed and sold at a public auction he must pay up.

In the court papers, the bank further argues that the legal action is a bid to recoup the money it loaned to him in 2014 to buy the house.

Motsoeneng’s nightmare started when he failed to keep up with the monthly bond repayments last year.

According to court papers, he was granted a R1.4 million loan in October 2014. Under the agreement he was supposed to pay R14 101 a month until the debt was settled.

“On or about October 31 2014 in Roodepoort [on the West Rand] the plaintiff, represented by a duly authorised representative and the defendant entered into a first loan agreement. Monies were lent and advanced by the plaintiff to the defendant on a latter’s special instance and request in terms of a written first mortgage bond agreement entered into by and between the parties,” reads the court papers.

“It further said the loan amount would be paid in monthly instalments on or before the first day of each month and every month until all amounts owing to or claimed by the plaintiff had been paid in full,” says the bank.

Absa argues that it kept its side of the agreement by granting Motsoeneng the home loan but he failed to honour his commitment.

“The defendant failed to comply with the terms of the credit agreement by failing to make payments of the agreed instalments to the plaintiff.

It also claims that it has tried everything to make the pastor pay his arrears and to honour the terms of their agreement, but to no avail.

It states that when Motsoeneng started defaulting on his bond repayments, it contacted him through its call centre but he still failed to honour their arrangements.

Emails and letters were also sent to his registered addresses even though the bank was not sure if it was his primary residence.

This too did not yield any positive results.

When the bank realised that its efforts to make him pay up had failed, it sent the sheriff of the court, but nothing came out of that.

Yesterday Motsoeneng confirmed that Absa had taken him to court over the arrears on his bond but said he had paid up the outstanding amount three months ago.

“The summons indeed pertains to my primary residence but, as I said, the arrears were rectified three months ago. My attorneys are dealing with the matter,” he said.

“It’s ironic that Absa is pursuing arrears of R30 000 when I have a R2 million counter-claim against Absa,” he said without elaborating.

“As a man of God, I have a big heart and I always put underprivileged people first.”