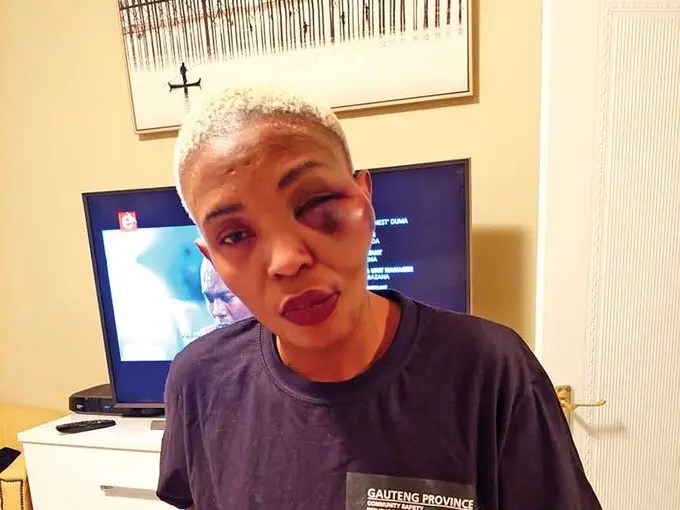 Disgraced Diepkloof-based pastor, Oscar Ngobeni is scheduled to appear before the Roodepoort Magistrate’s Court today, in connection with the assault of his ex-lover 34-year-old, Palesa Mothokwa.

Mothokwa’s images showing her swollen face were circulated on social media in December, after she was viciously assaulted allegedly by the pastor.

My so called pastor Oscar Ngobeni dd this to my younger sister 💔💔💔💔😭😭😭😭😭 pic.twitter.com/4A2DuBD29i

The Gauteng department of community safety said its officials will be attending the court proceedings today.

“Ngobeni is accused of brutally assaulting his ex-lover, 34-year-old, Palesa Mothokwa on the 7th December, 2021, at her workplace. The ordeal took place in full view of Palesa’s colleagues and was caught on the company’s surveillance cameras,” said Gauteng community safety spokesperson Ofentse Morwane.

Ngobeni is facing a charge of assault with intent to do grievous bodily harm and has been out on bail since his first appearance in December.

“The Gauteng department of community safety is monitoring the case closely through the provincial secretariat unit while Ikhaya Lethemba is providing Palesa with an ongoing court support to enable her to stand as a credible survivor,” Morwane said.

Morwane said the Gauteng department of community safety has adopted a “365 days integrated plan of action to deal with violence perpetrated against women and children”.

Quoting Mothokwa, Sunday World reported in December that the 34-year-old woman had been seeing Ngobeni for the past three years, and at that time they were still taking things easy before they got into a full-time relationship a year ago.

As soon as things got serious, Ngobeni then reportedly showed his true colours.

“Oscar (Ngobeni) has a tendency of using God to hide his demons, as he would beat me up and later say he is possessed by demons and then urge me to pray with him,” Mothokwa told the publication.

“He would pretend as if nothing had happened after praying, and based on his abuse, I told him that I could not be in the relationship with him anymore.

“He once dropped me off in the middle of nowhere towards Riverlea after we had an argument. He pushed me out of his car and slapped me. I was found by the police wandering.

“When the police called him, he said he didn’t know who I was.”