Opinion: Here Is Why Gomora Is Better Than The Queen

Opinion: Here Is Why Gomora Is Better Than The Queen 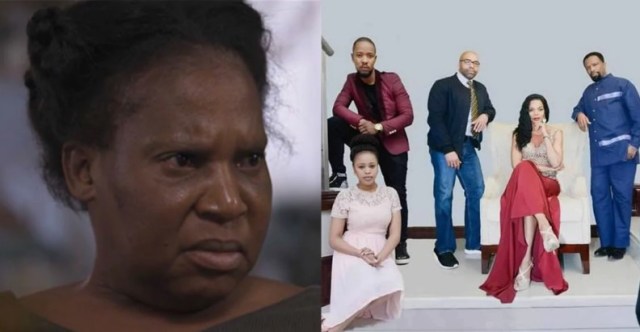 Gomora dethroned The Queen because it’s got better story lines and better casting. There’s not a single actor on Gomora that one could pick point as faulty or untalented.

Whereas The Queen seems to cast some of its casts based on their popularity, beauty and the number of followers they have on social media.

The head writers of this award-winning hit telenovela, is none other than the multi-award-winning Tshedza Pictures duo, Phathu Makwarela and Gwydion Beynon who are the brains behind 1Magic’s, The River and The Legacy.

The fact of the matter is, soapie fans connect with Gomora more, though some critics have credited Uyajola-99’s ending in August to Gomora’s top views on DSTV currently.

The show debuted in April of 2020 and gained more than 2 million views and has been competing with The Queen since.

The show features actresses such as Connie Chiume who plays the villainous-gangster role of MamSonto. This was a refreshing side that fans of the legendary Black Panther actress who was known for playing typecast sweet and innocent roles. Her on-screen daughter is played by Katlego Danke who also took on a villainy role of Nthati.

What makes the show different?

The literally opened up the industry by handpicking extremely talented fresh faces such as, Siphesihle Ndaba who plays Mazet, Sicelo Buthelezi who plays Teddy, Ntobeko Sishi who plays Ntokozo and many more…

While fans of The Queen have continuously complained about repetitive storylines, Gomora has given its viewers fresh content daily and trending for all the right reasons.

Ntokozo and Mazet killed Langa’s soon-to-be grandfather, Bra Mike on his wedding day while trying to hijack his car (the gusheshe).

Sishi’s excellent portrayal of Ntokozo is so outstanding that he makes some veteran actors on the show look like newbies. His relationship with his parents, Melusi and Gladys has gone sour and keeps getting worse as he continuous to lie to them about what he’s done.

MamSonto is in mourning for Bra Mike and has no idea who killed her husband. The most interesting part about this storyline is that MamSonto herself is a car hijacking kingpin who is responsible for Nthati’s husband’s death..

Nthati is about to finally find out that her mother is the brains behind her husband’s death because of Mazet’s recent hijacking.

The drama keeps you glued to the screen because of its unpredictability and sheer genius of camera work by Seriti Films and the behind the scenes team.

The show is directed and produced by some of Mzansi’s bad-ass females who also have experience working in front of the camera.