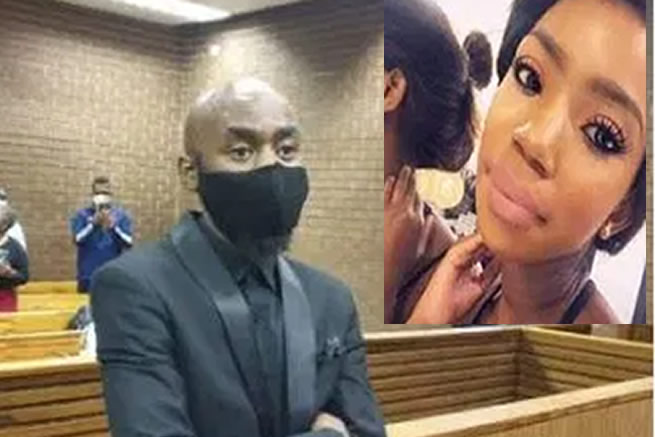 The man accused of being the mastermind behind the killing of Tshegofatso Pule has told the Roodepoort magistrate’s court that his life is under threat even as he is in prison.

In his bail application before the court, Ntokozo Ntuthuko Shoba, 32, said since Pule’s death his life has been threatened.

Shoba’s lawyer Adv Luyanda Nyangiwe said there have been a number of voice notes that are in circulation containing threats to his life.

“The applicant has indicated that he is in great risk… He has already told the court that currently there are threats [to his life] even in the corridors where he is at now. People are talking to him saying that Muzikayise Malephane has issued certain instructions to people. His life is threatened in that facility,” said Nyangiwe.

He requested that Shoba’s home and work addresses are not read out in court because of the threats to his life.
This was granted.

Shoba was arrested last month, a day before Malephane was sentenced to 20 years’ imprisonment for his role in Pule’s murder.

During his trial, Malephane entered into a plea bargain to turn state witness against Shoba. Malephane confessed that Shoba allegedly hired him to murder Pule to hide her pregnancy from his wife. He claimed that he was promised R70,000 for the killing.

Shoba is facing charges of murder, conspiracy to commit murder and defeating the ends of justice. Born in Lenasia, Johannesubrg, Shoba has an IT diploma and works in Johannesburg. He earns R36,000 a month and has no children. He requested that bail be set at R2,000.

“I am not a danger to the public and will not evade trial. Since June 2020, I have cooperated with the police in their investigation of this matter.

Despite having received numerous death threats from the public, I have handed over all information I have on this matter, including my cellphone which has been with the police since June 2020.”

Shoba committed not to interfere with the police investigation and the witnesses. The state opposed bail, arguing it has a strong case against Shoba and witnesses would not cooperate if he is released.

“There is evidence to corroborate what Mr Malephane has submitted. There is a video footage that shows Ntuthuko Shoba accompanying the deceased to the Jeep motor vehicle that picked her up, of which the driver was later known to be Muzikayise Malephane,” said Capt Bongani Mpete, the investigating officer in his statement read in court.

Judgment on the bail application is expected to be made on Friday.