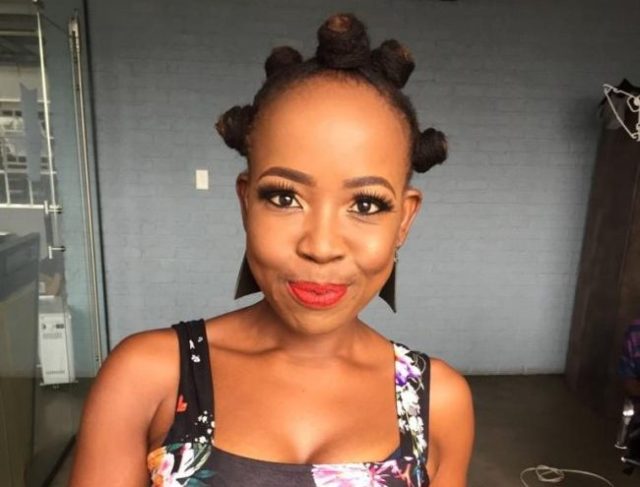 Controversial poet, Ntsiki Mazwai has been posting a series of tweets from advising rape victims how to report rape, to blocking men who support rapists, after another DJ Fresh rape victim came forward this morning to report that she too was raped by the former 94.7 DJ and has conceived a child with her when she was in high school.

Mazwai labelled Fresh a pedophile while several tweeps have apparently labelled DJ Fresh “The South African Harvey Weinstein” after the another woman who is believed to also be his baby-mama was instructed to delete her tweets this morning and now alleges that she needs protection.

As more and more women are coming out against DJ Fresh, more South African men are supporting the rape victims and taking a stand against the DJ: “This is our Weinsten moment, 7 we’re failing miserably. Bonang had the bruises, this lady has the child. Time to take a stand guys!”

Mazwai advised women: “Ladies… When you go to the police station to report rape…. Go in groups. The police are unprofessional and untrained and often victims are discouraged AT POLICE STATION. GO IN GROUPS AND DEMAND THE CASE BE OPENED. Go Report your rape in groups!!!!!!!”

“This pedophile has been raping underage girls for decades…”

She also stated in another tweet: “The better English you speak, the more you don’t get held accountable for your bullshit. After raping her, he gags her using the system. It’s really nice. The South African justice system work on favour of rapists…Ever time.”

Mazwai also unapologetically stated that she is on a blocking spree and will not give men who support rapists the time of day: “I block all men defending rape….. I don’t want that kind of man in my space.”

Mazwai also reminded tweeps of the time model and actress, Lerato Moloi was jailed and instructed to delete her tweets against TollAssMo: “Rememebr when Lerato Moloi slept in jail for exposing her rapist??? Now she is gagged and must suffer alone in silence…. Because we don’t feel her pain.”

Another woman explained her chilling encounter she had with Euphonik who is DJ Fresh’s bestie and co-accused in the previous rape allegations by Ms Madikizela: “Personally had Euphonik get my number without my consent after I said no. I had to block him because he was sending me vulgar messages, wanting to know my location so he could come over and do Lord knows what. I believe every single woman who comes forward about these men.”