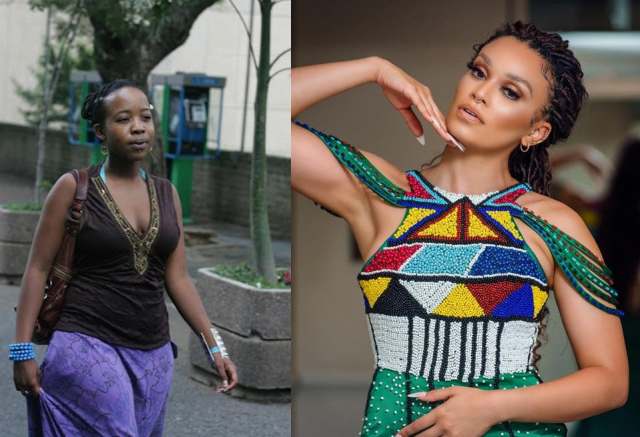 Outspoken South African musician Ntsiki Mazwai has taken a dig at Pearl Thusi on how she used to burn her skin. 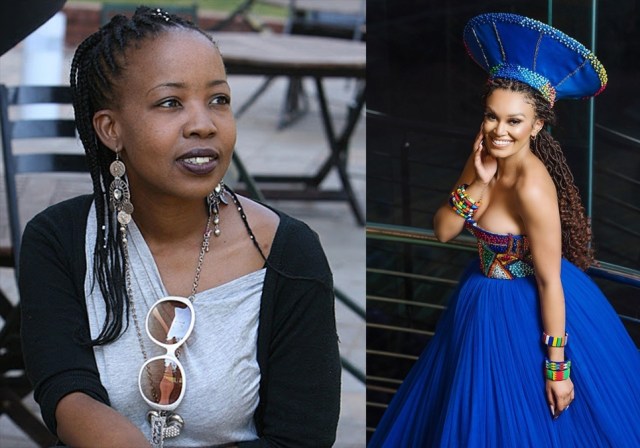 Taking to Tweeter in response to admissions made by Queen Sono actress Pearl Thusi on Mac G’s podcast on how she used to burn her skin to deal with the teasing she endured as a light skin amongst her darker friends, Mazwai wrote;

“I wanted to ask…. What method did Pearl Thusi use to burn her skin???”

Twitter users were quick to notice tensions brewing, perhaps she trying to rouse the beef they settled some time ago.

I wanted to ask…. What method did Pearl Thusi use to burn her skin???

In the interview with Mac G, the actress talked about colourism and her thoughts on light skin privilege. She revealed that growing up, she was the only light-skinned person in her group, and was often teased and bullied for being different.

When asked if she wished she was darker-skinned, she said she used to burn her skin as a child because of the teasing.

“Uh, I used to like burn my skin when I was a kid to stop the teasing,” Thusi told Mac G.

The conversation was sparked by a previous incident experienced by Thusi on the controversial topic of colourism and light skin privilege on Twitter.

In 2019, the Quantico star was called out by Tweeps who said the reason she was a successful actress was her light skin and not her talent.

Rhythm City actress Bonnie Mbuli, whom Thusi said she regarded as an older sister, joined the heated colourism conversation on Twitter. The tweet that has since been removed read:

“So when a light-skinned actress complains abt the one or two roles they didn’t get coz they weren’t dark enuf; I’m like but the part ur crying abt was being the slave who gets raped and beat up in the thing, ppl who look like u have never had to be in that position to begin with.”

On the Podcast with Mac G, the actress cleared up the issue, saying that she was not saying colourism was not a thing; the point she was making was that being told she was only successful because of her skin colour was not fair. She added this had brought up her childhood issues around skin colour and had made her emotional.

“They want someone to be upset with, people need someone to be a villain in their story and when you’ve been the chosen one to be the villain, sometimes you’ve just got to accept that and keep walking.”

“My journey has been an interesting one and one day I’ll tell it, but I’m so exhausted defending what I am and who I am,” she added.

The podcast episode covered more than colourism, but also Queen Sono, the loss of Thusi’s father, depression and the US.