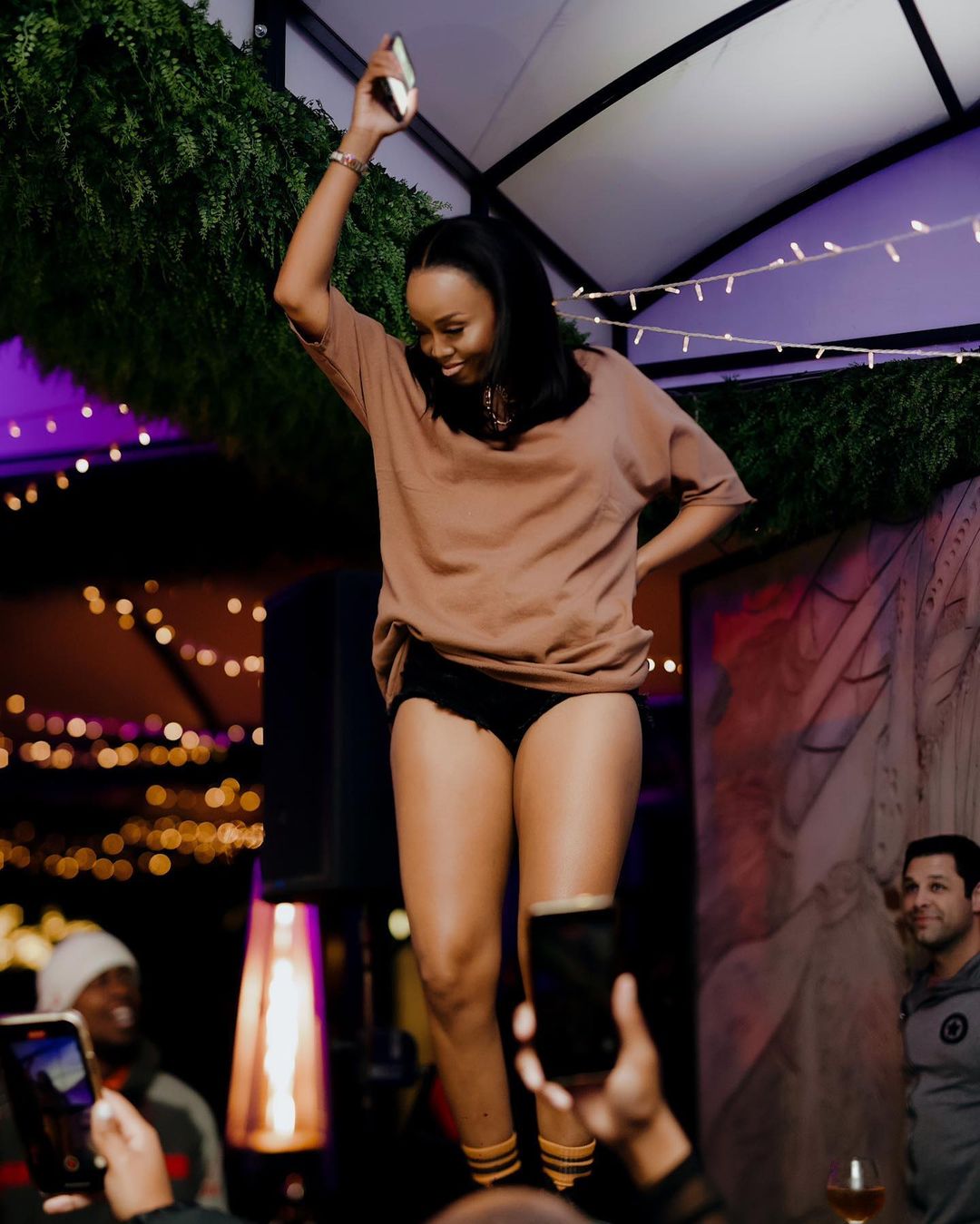 Television actress Ntando Duma’s 26th birthday is coming up in a few days and she has decided to fly out to Cape Town to kick off her celebrations. She’s been celebrating with her friend Zuki and decided to drop a couple of videos twerk!ng which have

Duma Ntando out in Cape Town to celebrate her birthday. pic.twitter.com/HVv8NGpTht

A couple of weeks ago Ntando was a guest on Lasizwe’s controversial show, Drink or Tell The Truth. She opened up about a lot of things including her acting careers, relationships, broken friendships and a whole lot more. She opened up about some of her most uncomfortable moments on television.

One of the scenes she didn’t enjoy was k!ssing Phila Mazibuko on Rhythm City. “To kiss someone, you don’t know for the first time, you don’t know where they come from. For what? It was the worst.”

She also addressed the viral sex tape from 2020 of a woman whom many thought was the actress. “Oh, no man. No, it’s not true. That wasn’t me. Also, my s.e.x tape would be fire hey. Put some respect on my name. And I’m sorry they had to leak that s.e.x tape. I also don’t do s.e.x tapes,” responded the actress.