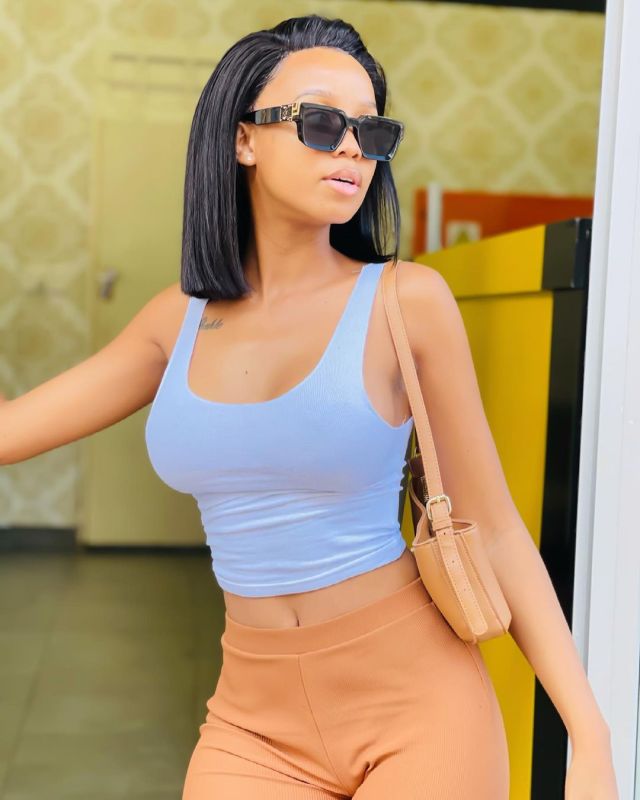 Ntando Duma‘s acting has people worried and want her off The Queen. She plays Mpho Sebata on Mzansi Magic’s The Queen,

Duma who previously starred in Rhythm City as Zinzi Dandala, did a fairly good job there but now people are not feeling her and they believe it’s the Fergusons’ fault for giving her a complex role.

-“Problem is the Fergusons tryna act like legends by giving people “a chance ” to portray a different character… Ntando nailed the zinzi character on rhythm city that’s a role that suits her. Jessica Nkosi nails a calm, collected role a ndlunkulu role, Brenda asimaz anje”

-“I genuinely think the problem is with the Queen because even Jessica Nkosi is absolutely horrible but we’ve seen them doing better.”

-“I have nothing against her but I can’t stomach her acting. That role could have been given to someone who’s an actor by profession and new. Seems the queen did someone a favor.”

– “She killed the rhythm city role but this one is a no-no. Even Jessica Nkosi’s acting is terrible on The Queen.”

-“Ntando did well on rhythm city because she had a neutral flat role she was not required to show much emotion same as Jess the queen is testing their capabilities and they fail to deliver Shame.”