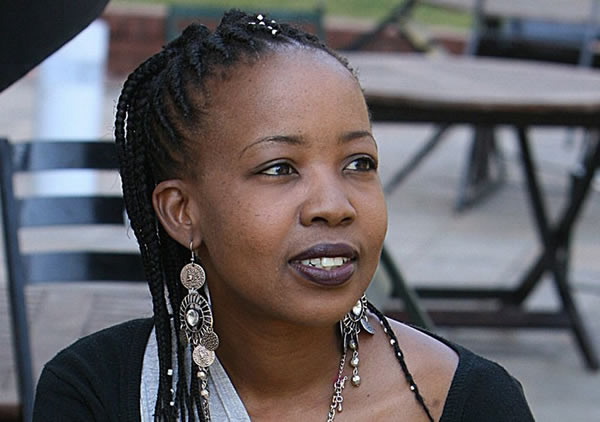 Poet Ntsiki Mazwai has left the TL in a flurry after she claimed that SA’s rich and famous glamorize selling alcohol and “foreign hair” to fans, comparing it to an addiction.

No stranger to playing devil’s advocate, Ntsiki had much to say about celebrities and the type of businesses into which they choose to venture.

This week Mzansi praised musician and businesswoman Zinhle Jiyane for growing her empire by releasing a range of Peruvian wigs under the label Hair Majesty by DJ Zinhle.

However, not everyone was on board for celebrating the Indlovu hitmaker’s success. Though she didn’t directly address Zinhle, hours after the announcement Ntsiki took to the TL to share her displeasure.

She called out leaders in the entertainment industry for making the youth focus on weaves and “booze”.

Imagine….. Your celebs glamorize and sell booze and foreign hair to you. Sies man.

She went on to compare the selling of weaves and wigs to distributing illegal substances, saying as a society we are dealing with an “addiction” to buying hair.

Selling weaves is no different to selling drugs.
We are dealing with an addiction.

Though Ntsiki had her supporters in the comments, many users hit back at her sentiments, saying DJ Zinhle has done no wrong to warrant her criticisms.