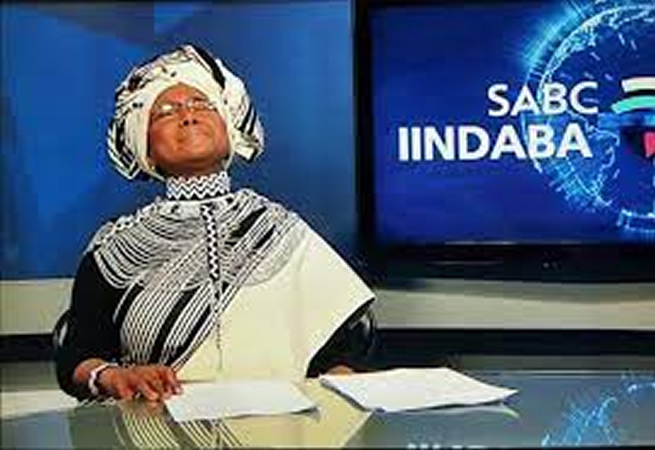 Noxolo Grootboom, who has been working for the SABC for 37 years, hangs up the microphone on Tuesday night

Xhosa newsreader Noxolo Grootboom was emotional on Tuesday afternoon after President Cyril Ramaphosa announced that he had moved his address to the nation from 7pm to 7.30pm to allow the country to watch her last bulletin before she retires.

Grootboom, who has been working for the SABC for 37 years, hangs up the microphone on Tuesday night.

Her publicist Yolisa Njamelarevealed that after seeing the president’s message she just broke down in disbelief.

“She could not speak, that is why we recorded a video. She was so overwhelmed. And now she is getting ready for her big night,” Njamela said.

A video of an emotional Grootboom at her home upon hearing the president had delayed his address to give her a fitting farewell was shared on WhatsApp. Grootboom held her face in her hands as she shed tears in disbelief.

This is how #MamNoxoloGrootboom reacted to the news that @PresidencyZA @CyrilRamaphosa has moved his national address to ‘to allow SABC viewers to watch veteran newsreader Noxolo Grootboom’s final bulletin as she retires after 37 years’ pic.twitter.com/2YYJT46BuB

Ramaphosa had initially planned to address the nation at 7pm regarding developments in the country’s response to the Covid-19 pandemic.

The address was originally scheduled for 7pm, but it was delayed by 30 minutes to allow SABC viewers to watch veteran newsreader Noxolo Grootboom’s final bulletin as she retires after 37 years, the presidency said. Acting spokesperson Tyrone Seale said the address followed meetings in recent days of the national coronavirus command council, the president’s co-ordinating council and the cabinet.

“As SA rolls out its national Covid-19 vaccination programme, government and social partners are continuously monitoring infection, treatment and patient recovery rates, as well as compliance with health regulations and other prevention measures.”

The PAC joined a chorus of messages of appreciation that have been sent to Grootboom. The PAC described her as “torchbearer of isiXhosa language in the newsroom”.