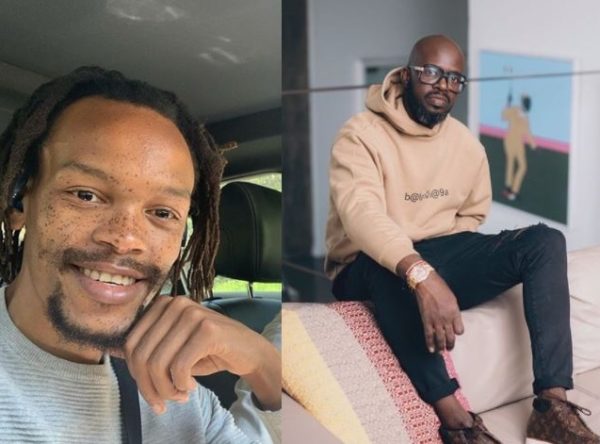 Berita’s husband seems to have connected the dots and figured out who sent the cops on him. Last week, Nota Baloyi allegedly got assaulted by cops at his complex, had his phone taken away from him and then arrested. The charges against him are for reckless driving and assaulting a police officer.

Nota is set that the police were sent by someone he has beef with, and keep in mind, there are a lot of people he has stepped toes on, “WHO SENT THESE COPS TO ASSAULT ME IN MY OWN HOME? I HAVE OPENNED A CASE AGAINST THEM. THEY WILL GET WHAT’S COMING TO THEM!”

He and Black Coffee are not in good terms after Coffee alleged that Baloyi was out to defame him. After being served with a cease and desist letter from Black Coffee’s lawyers, Nota apologised but his apology was then followed with a few harsh words, that he has since edited out from his apology.

If you missed the post, a part of it quoted by Fakaza reads, “As for your claim that I defamed your character I’m sorry to break it to you but it wasn’t me. Your skeletons will come tumbling out the closet and you won’t be able to single handedly stop that. Apologies again and Happy Easter I hope all your children are gifted with your presence and not just presents. Who knows maybe you can start being a exemplary father at 45!”

After his “apology” post, many ZAlebs came at him on his comments section and he responded to Busiswa who said “uyaphoxa” meaning he is disappointing. He said he is looking out for women who are victims of Gender Based Violence, saying if women are not safe, neither is anyone.

In a conversation with a news site called Everything SA, he outed Black Coffee as his number one suspect following his assault incident which left him livid. He told the news site that he found it coincidental that he got released after receiving those documents, “I can put two and two together,” he said. 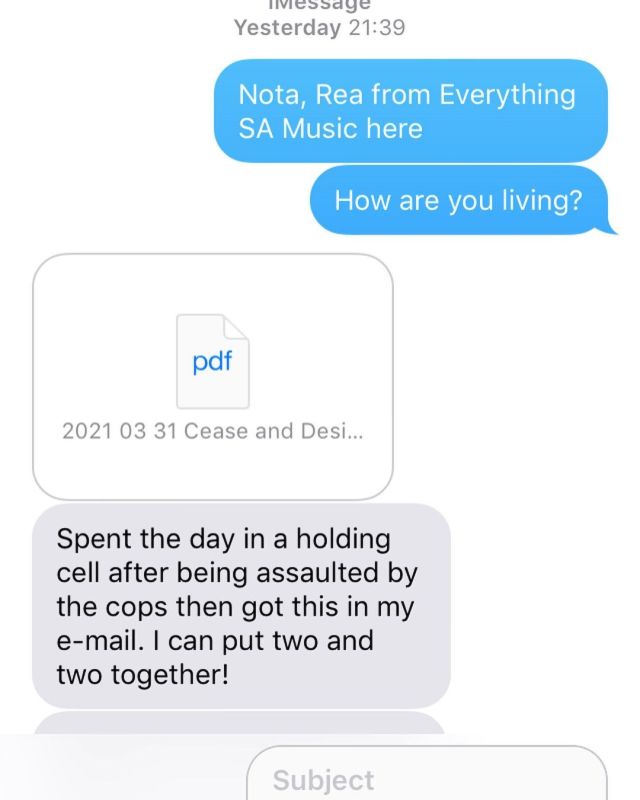 After leaking that conversation with him, Nota slammed them for doing so and said he is investigating this matter, “Well, I suspect. Just know I didn’t ask you to leak our private texts. I’m still investigating this matter. I have also adhered to the Cease and Desist demand. As for those dirty cops anyone could’ve sent them. It just seemed to coincidental that I get released after wrongful arrest and then I get served with the flimsiest defamation claim known to man. I’m still not shaken.” 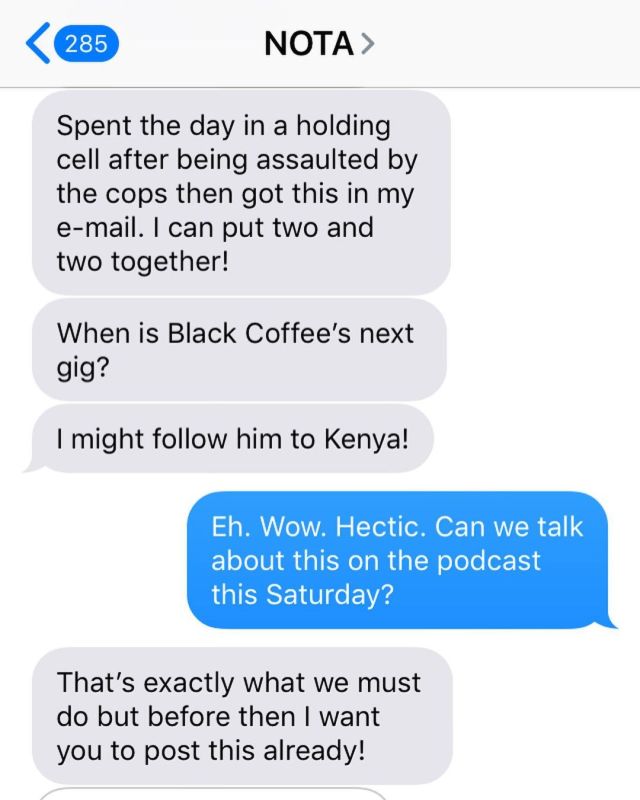 Even though he is not sure who sent the cops, he has applied for a protection order against those cops who came back and assaulted him again, as well as Black Coffee, “Those same cops threatened to arrest me again today and I’m applying for a protection order against them and Black Coffee too. I want his phone records monitored. I’m also taking this matter up with the minister of police!”