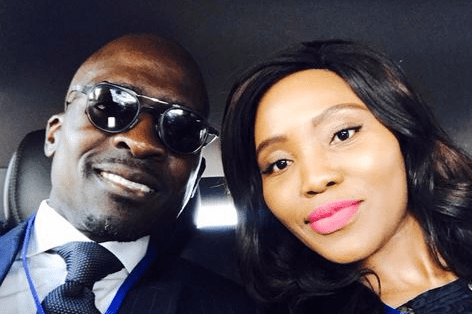 Former Finance Minister Malusi Gigaba’s estranged wife, Norma Mngoma, told her story at the state capture inquiry. Norma has been trending on social media ever since as people try and process what she said, including Julius Malema.

According to Norma, Gigaba and the Guptas made some shady decisions together.

“The way she I started feel maybe she doesn’t have “CHILDREN” maybe she got them somewhere #onaseriousnote CZ she is behaving like she doesn’t care about her children. So the quality of evidence leaders the commission uses could not even think of asking if Ms Mngoma has any evidence for all her allegations to the husband.

I hope after all of this state capture inquiry Norma Mngoma will be fined or arrested too if Malusi Gigaba face any of the above.behind every mans downfall there is a woman. Norma benefited from those shady deals and that makes her an accomplice. She is just bitter because Gigabyte cheated. She must take him to divorce court, gets what’s hers and move on. All this drama is unnecessary and might ruin people’s lives who weren’t involved in their marriage.”said a Facebook followers