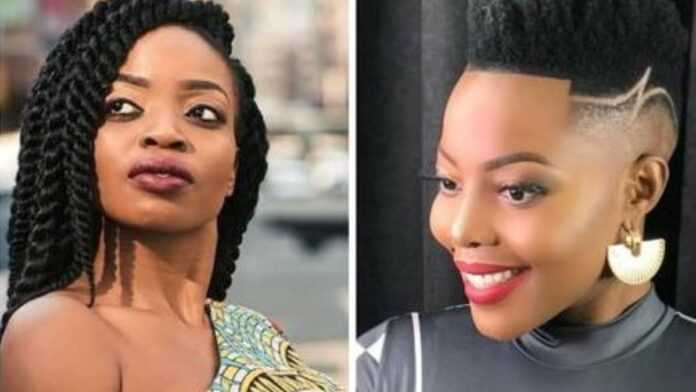 This came after Nomcebo’s fans were made furious by the news that Zanda would be performing Jerusalema with Master KG at gigs in the UK.

Zanda promoted the gigs on Facebook, writing: “Who’s killing them in the UK. Super excited to be performing at these venues alongside Master KG. I heard that you guys party like rocks stars. I can’t wait, washa.”

Speaking to Daily Sun, Sibonga said there was no conflict between Nomcebo and Zanda.

“If anything, these are two female artists striving to be the best in the industry. Therefore, we cannot allow fans to pit Nomcebo against Zanda or vice versa,” he said.

“Zanda is an Open Mic artist and she can do anything, including promoting international gigs. We have no problem with Zanda performing or promoting Jerusalema.

“I’m urging Nomcebo’s fans to stop attacking Zanda. Instead, we should all be promoting the spirit of sisterhood and not oppressing another female artist. The legal fight is between Open Mic and Nomcebo. The matter is being dealt with by Nomcebo’s legal team.”

However, Nomcebo has named herself the Queen of Jerusalema.

She wrote on Facebook: “My first concert in Europe. Switzerland people, I hope you are ready for the Queen of Jerusalema song.”

Gospel singer and also her mum-in-law, Deborah Fraser, replied: “Yes girl, the one and only. I’m coming to your show in Switzerland. I’ve already done my bookings.”