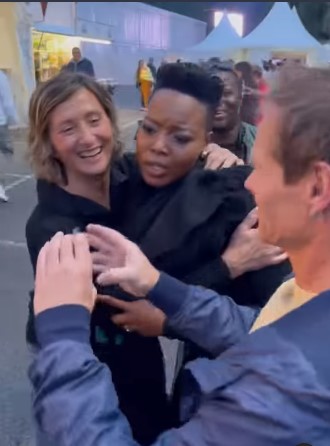 Nomcebo Zikode is definitely hitting the world at large as has been showing her talent all over the world. The star has been on her international tour for some time now and she has learnt she has an international fan base.

Nomcebo gained fame when Jerusalema became a world-famous song accompanied by the dance challenge frenzy that hit the world. Even President Cyril Ramaphosa urged South Africans to join the movement.

The singer is touring different cities and living it up and on her stop in Switzerland she was showered with nothing but love.

She thanked Europeans for the love they have showed her.
On Sunday, Nomcebo took to her Instagram to share a video of a group of her fans lining up to take pictures with her.

She can be seen walking from one group of people to the next and patiently taking one snap after another.