NO MESS: Bank sells very ill Sophie Ndaba’s house, to go after her other assets

NO MESS: Bank sells very ill Sophie Ndaba’s house, to go after her other assets 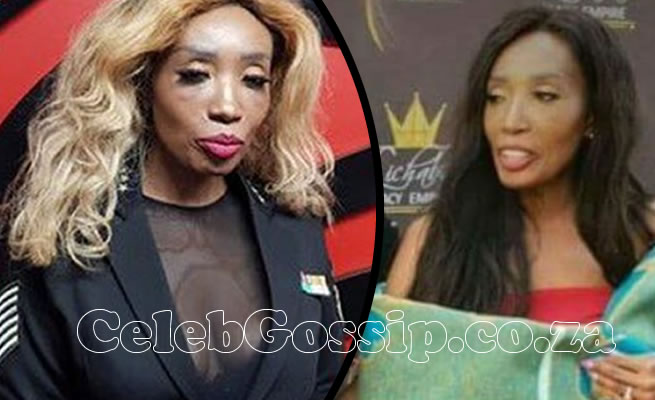 Very sick television actress Sophie Ndaba’s posh home in Johannesburg has been sold after she failed to service her bond with Mercantile Bank.

Ndaba, who has been battling sugar diabetes for several years, lost the house she bought for over R2.2-million in October 2021, after she struggled to keep up with her monthly instalments.

The heart-rending news came to the fore when Mercantile Bank was granted judgment against the talented thespian at the Johannesburg High Court a fortnight ago.

This came after the seemingly broke actress and wedding planner failed to pay the bank over R1-million shortfall from the proceeds of the sale of her home. The banking group is also likely to go after her other assets, if she has any, in order to recoup the whopping deficit.

The judgment, handed down by Judge Senyatsi on September 7, reads in part: “Having heard counsel and having considered the papers filed in the matter, the following order is made against the first and second respondents, jointly and severally, the one paying the other to be absolved.

According to court documents that we have Sophie Ndaba and her company, Sophla Trading, who were cited as the first and second respondents, respectively, obtained a R2.2-million home loan from the bank to purchase the house on September 15 2016.

They were required to pay R22 347 in monthly instalments for 240 months. But the former Isidingo actress failed to honour the contract when she defaulted and was more than R80 000 in arrears.

On February 12 2019, the banking group instructed its lawyers to write a letter to Ndaba and inform her that she has breached the contract. When she failed to settle the arrears, the lawyers sent another letter on March 5 2019 telling her that the banking group was cancelling the agreement.

Mercantile Bank finally cancelled the agreement a year later, on March 5 2020, after Sophie Ndaba ignored its repeated attempts to get her to settle the arrears.

“Notwithstanding demand lawfully made, the first and/or second defendants refused and/or neglected to make payment to the plaintiff in the sum of R2 254 545.85 together with accrued interest thereon at the rate of 10.5% per annum, calculated daily and compounded monthly in arrears from 1 January 2019 to date of payment,” read the court papers.

Mercantile Bank asked the high court to give it an order to sell the house to recoup its funds.

“Wherefore the plaintiff prays for judgment as follows: as against the first and second defendants, jointly and severally, the one paying the other to be absolved; payment of the sum of R2 254 545.85 at the rate 10.5% per annum calculated daily and compounded monthly in arrears from 1 January 2019 to date of payment, both date inclusive.

“Declaring that the immovable property registered in the first defendant’s name held by it under the titled deed … which correlated to … Featherbrook Estate, Krugersdorp, be declared specially and immediately executable.”

Sophie Ndaba failed to respond to written questions sent to her at the time of publishing.