No beds in Gauteng hospitals

No beds in Gauteng hospitals 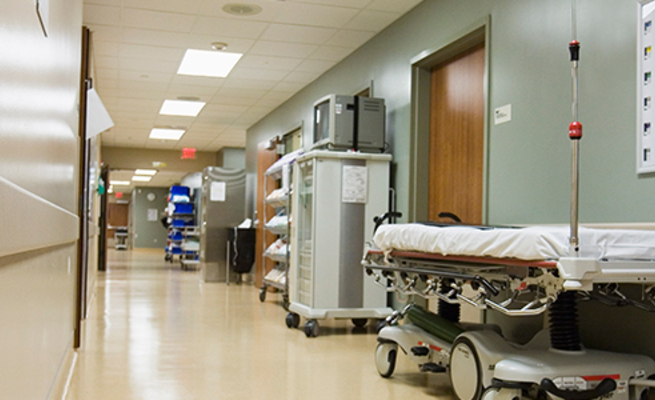 The Gauteng wellbeing office needs to select in excess of 5 000 medical care laborers critically and adjusted wards and beds in emergency clinics to oblige the gigantic expansion in Covid-19 cases. About 91% of private and public medical clinic beds are right now full while the Covid cases in the region keep on rising. It is hazy when the area will arrive at its pinnacle of contaminations.

No less than 14 198 new Covid-19 contaminations were accounted for in Gauteng on Friday, as indicated by the most recent figures from the National Institute of Communicable Diseases (NICD). This is 59% of the 24 270 new cases detailed in South Africa.

Dr Ntsakisi Maluleke, of the office, said during a data meeting on Friday that they had utilized 5 541 staff individuals to go to all the Covid-19 beds that were uniquely prepared and adjusted to treat debilitated patients.

The province has been accused of not planning properly for the third wave and of waking up too late to deal with the tsunami of infections caused by the dreaded Delta variant first reported in India.

Meanwhile, car manufacturer BMW has donated an undisclosed amount of money for 150 additional beds at Bronkhorstspruit Hospital outside Pretoria.

Banking giant FNB has donated R1.5 million for renovations at the Charlotte Maxeke Hospital in Johannesburg, which has been closed since April after being gutted by a fire.

FNB and RMB further provided 12 buses in April and May to transport healthcare workers and patients to hospitals. Anglogold Ashanti donated its old mining hospital near Carletonville, on the West Rand, to the province last year.

Hospitals in Gauteng are staggering under the massive increase in Covid-19 cases, which soared during the past week.

The Medical Research Council’s (MRC) weekly statistics on long-term mortality rates showed how quickly the third wave shot up in Gauteng. The data revealed that more people were dying at home without seeking medical help at hospitals.

However, the MRC’s statistics showed that there were 1 486 and 2 242 deaths reported in those two weeks, respectively, and this could be attributed to the pandemic.

The extra mortality rate is determined by comparing the actual number of deaths with the expected number of deaths, based on historical data from previous years, according to the MRC.

Maluleke said that more than 9 000 additional hospital beds had been secured in state and private hospitals to cater for the third wave patients.

“If the department had not set up more beds for the third wave, the state hospitals would have reached 135% of its capacity,” she said.

According to Maluleke, the province’s original modelling showed that 6 000 hospital beds were needed in Gauteng for the third wave and 8 000 beds, in the worst case scenario.

“We had to recalculate our modelling when it became known that we had the Delta variant in the province. It then showed that we need 9 500 beds in the private and public sector.”

Maluleke said 1 322 state hospital beds have been put back into use and there are now 4 050 to meet the demand. Private hospitals acquired another 5 635 beds, 1 749 of these high care units.

She said the department had obtained additional funding to fill the healthcare posts.

“We will be recruiting more staff in the next few days to make sure that more beds are staffed. We will also make beds available early next week for additional cases,” she added.

The Chris Hani Baragwanath Hospital in Soweto was struggling, especially because it had to care for most patients in the province, Maluleke said.

The closure of the Charlotte Maxeke Hospital had led to a crisis in the province and this had put additional pressure on other hospitals. Hospitals on the West Rand had experienced more pressure over the past two weeks.

Maluleke said patients who were originally supposed to go to Charlotte Maxeke Hospital, which reopened some units on Monday, were now flocking to hospitals in the West Rand.

She said the department was particularly concerned about outbreaks of Covid-19 in Tshwane in the past two weeks as this would put additional pressure on the hospitals in the capital.

The departement had an early warning system in place if oxygen tank levels drop to 50%, she said. Gas supplier Afrox had already reduced its production of industrial oxygen and increased medical oxygen output to ensure that there was enough oxygen at all government healthcare facilities, she said.

Professor Debbie Bradshaw, head of the MRC’s burden of disease research unit, said their data showed that there was a large gap – especially in Gauteng – between the weekly death rate reported for Covid-19 and the increase in excess deaths.

Bradshaw said the gap indicated that many people were dying at home or in long-term care facilities.

She said their statistics also showed that during all three waves of coronavirus, there was a very rapid upswing in infections in Gauteng compared to other provinces where infections increased over a longer period.

“This can possibly be attributed to the fact that Gauteng is densely populated,” Bradshaw said.