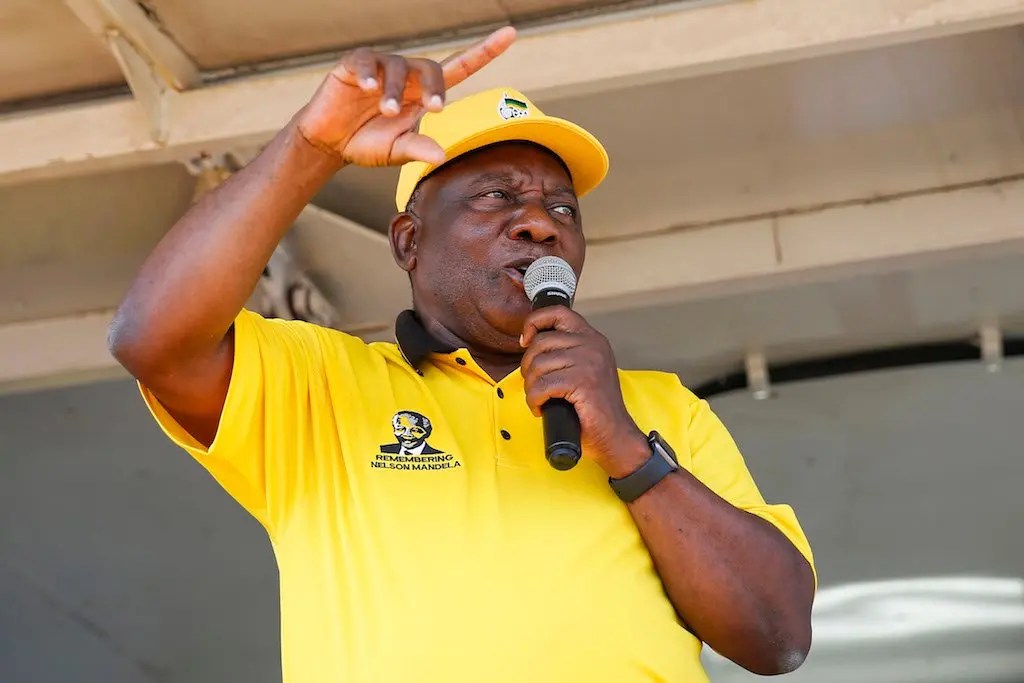 President Cyril Ramaphosa has dismissed calls for him to fire Public Enterprises Minister Pravin Gordhan as “the drama you would like to see”.

Addressing the media during his election campaign in Ekurhuleni on Thursday, Ramaphosa said his focus was on getting Eskom back on track as the country continues to experience load shedding.

“We are working together; this is not the time for incrimination, which you are pushing because I heard you yesterday. You are pushing this. You say ‘fire him’, ‘resign’ and all that, and I know that’s the drama you would like to see. My concern, my main drama is that Eskom must be returned to proper functionality and it must happen now and immediately. That is my main concern. The other issues I’ll see later,” said the president.

The public enterprises minister trended on social media on Wednesday after dismissing a question on when he would take responsibility for the continuous load shedding and resign to allow those who could supposedly do the job to take over.

“Congratulations on a wonderful political speech,” Gordhan told a SABC journalist who had asked when he would resign.

No ANC vote, no electricity
Ramaphosa addressed the community during his campaign trail and apologized for blackouts residents had been experiencing for the past four months.

While Ramaphosa acknowledged the outages were caused by a damaged transformer which Eskom had “no capacity” to replace or repair, he said there “would be no electricity for good” if residents didn’t vote for the ANC.

‘Gordhan is not helpful’
On Thursday evening, the Congress of South African Students (Cosas) called on Gordhan and Eskom CEO Andre de Ruyter to resign.

“The Andre de Ruyter-led institution has not only failed to provide consistent electricity to the people of South Africa, it has also proven beyond any reasonable doubt that it does not care about the future of our country as lights are insignificantly [sic] turned off when multitudes of our learners are sitting for examinations which are likely to determine their future,” said Cosas in a statement.

The student movement further called on municipalities to boycott calls for load shedding, and South Africans to “moer” anyone who switched off the power.

“We are calling upon all municipalities, more especially ANC-run municipalities, to defy and boycott any call which says there must be any sort of load shedding in the country until our learners have completed their examinations. We are also calling upon all peace-loving South Africans to moer anyone who goes to any substation to switch off lights. This is not taking the law into our own hands, rather defending the gains of our democracy. This is a period when our learners should be studying without anyone tempering [sic] with their schedule, anyone who does that should be purged, isolated and moered.”