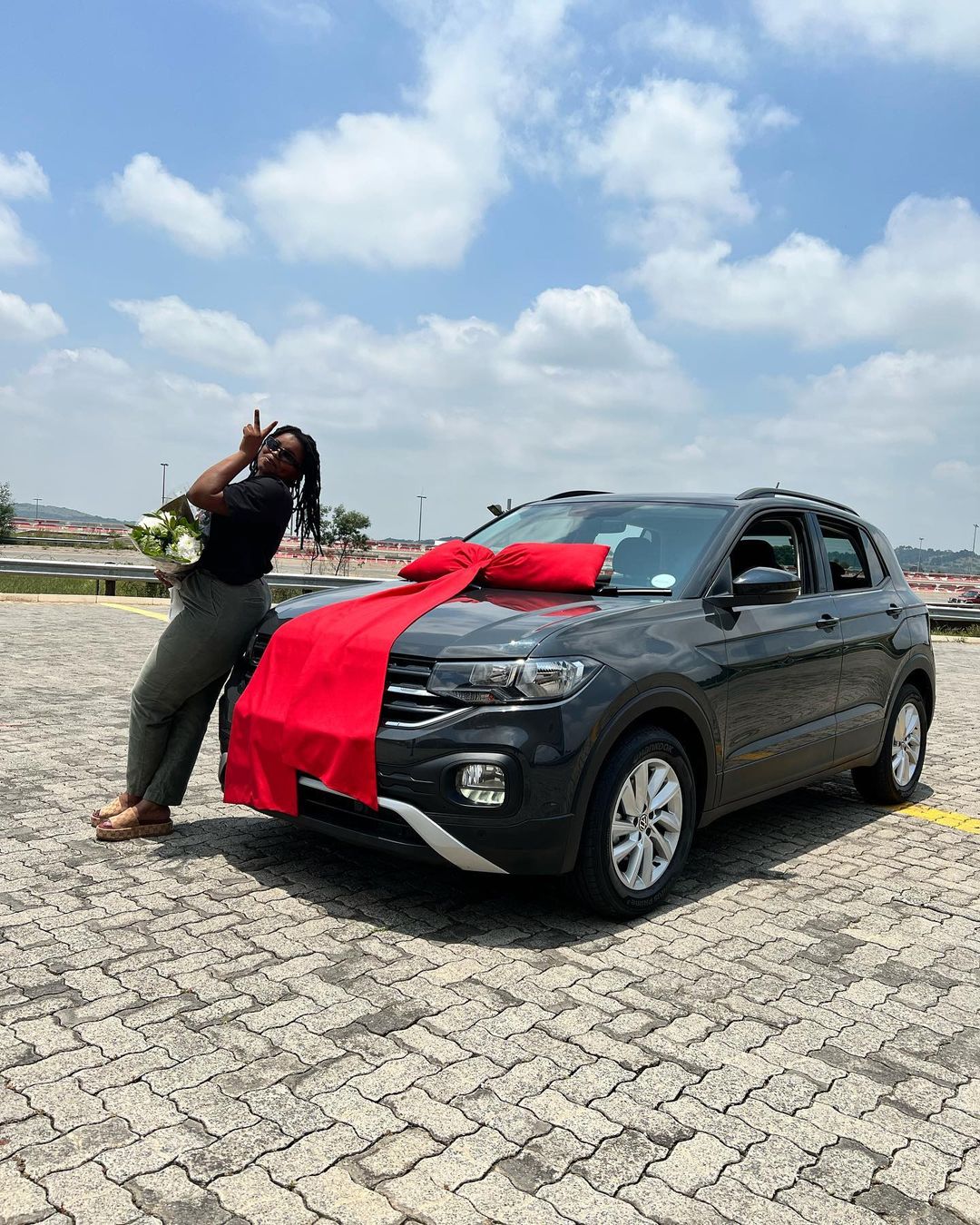 Nkosazana Daughter kicks off the year with good news as she shows off her newly acquired car. The singer’s hustle is gradually paying off as she was booked through the festive season and she had a swell time through it, despite rumors of giving birth to a baby. 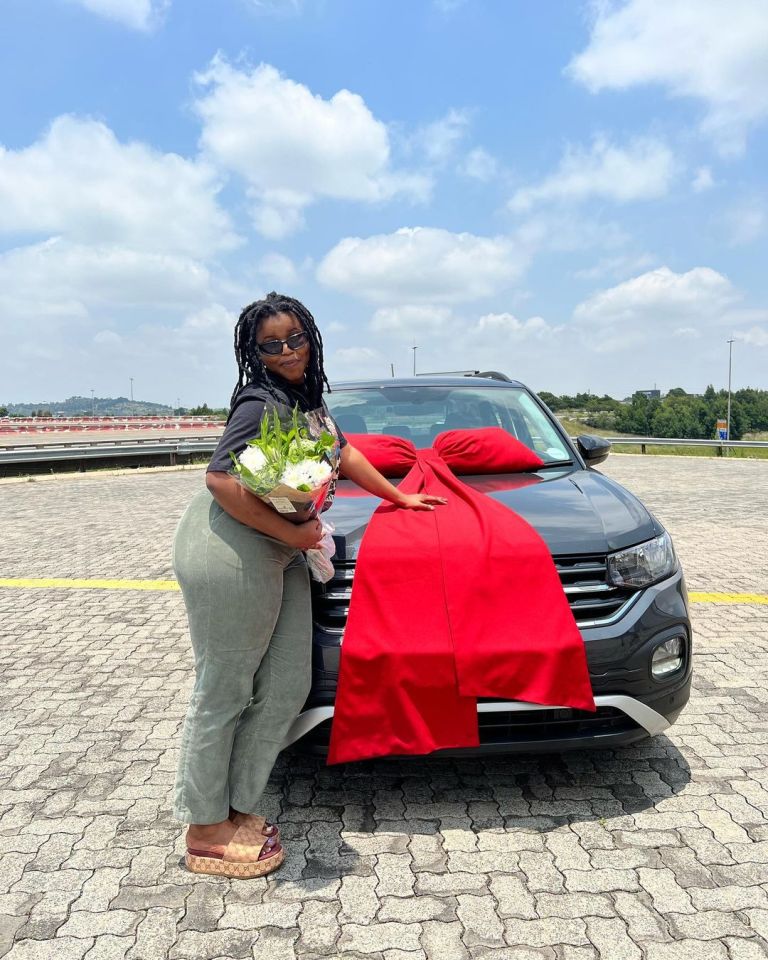 Kick starting the year,” she captioned photos of her new car shared on Instagram, and it gained her lots of congratulatory messages. 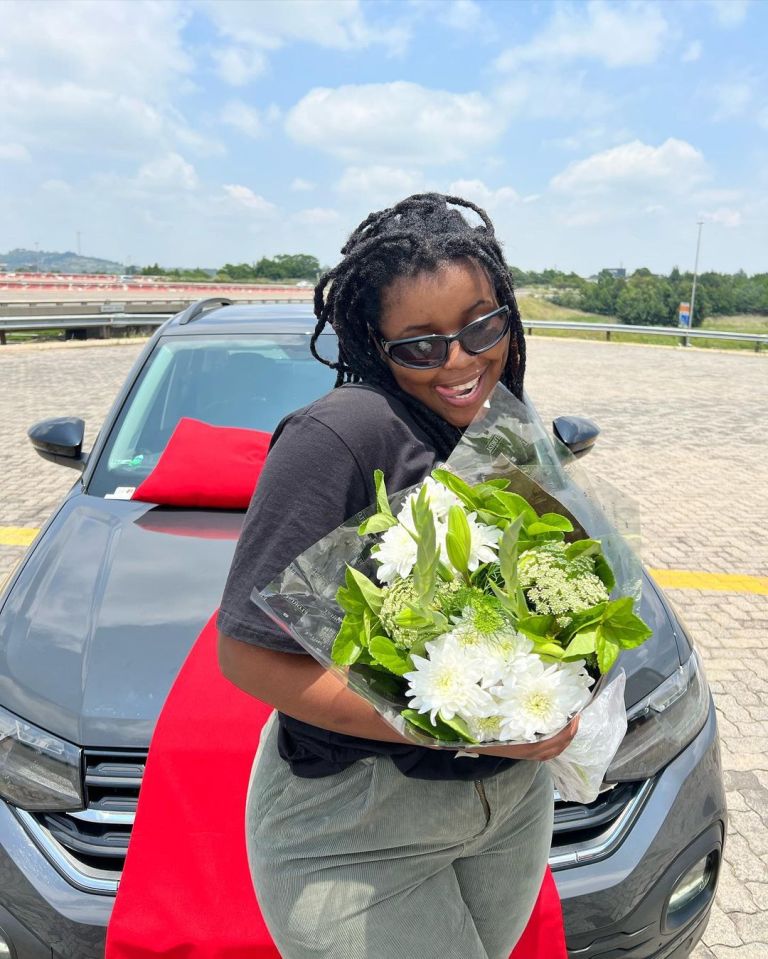 Speaking of the pregnancy rumor, Zimoja reported in December 2022 that the singer and her lover Sir Trill had welcomed a new baby but they have decided to keep the news private.

It was further revealed that the singer will be staying off gigs during the festive period due to the newborn child, but she disappointed reporters by showing up at various shows.

“As talented as he is, he does not get booked to perform and he is not making money that is why he travels with Nkosazana to gigs and he’s forever with her everywhere she goes. 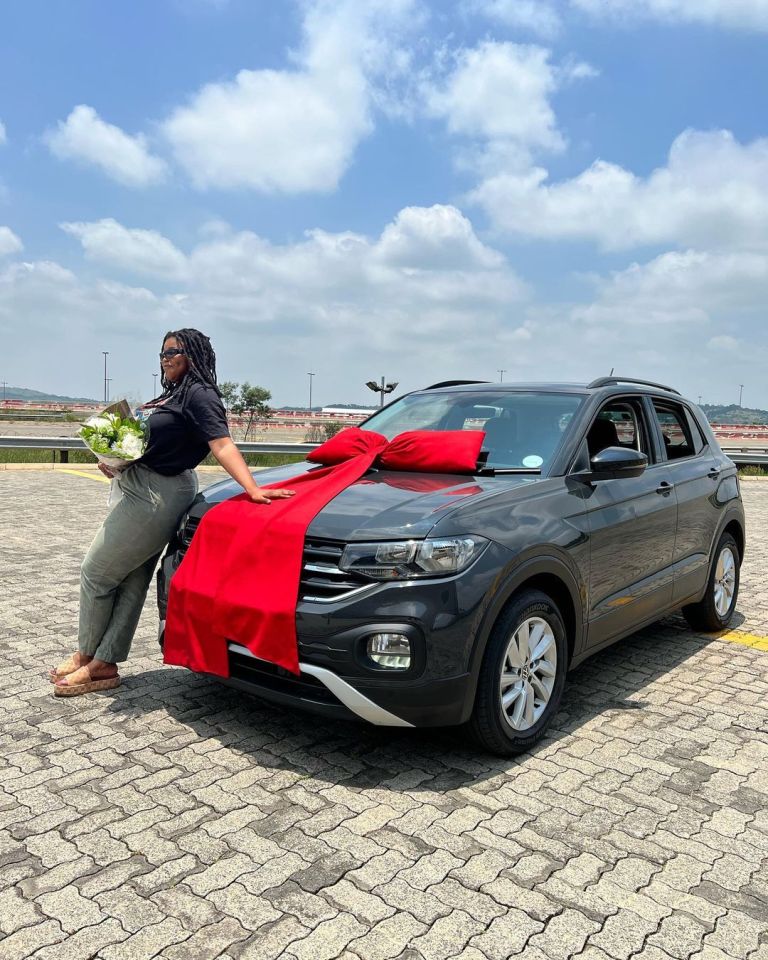 He had a fallout with one of the top producers who we think blacklisted him and he does not get airplay or bookings and that is why he has been struggling,” a source revealed to Zimoja.

She rocked same outfit statement at all her shows, which is skin-tight top and trousers, without revealing any skin.