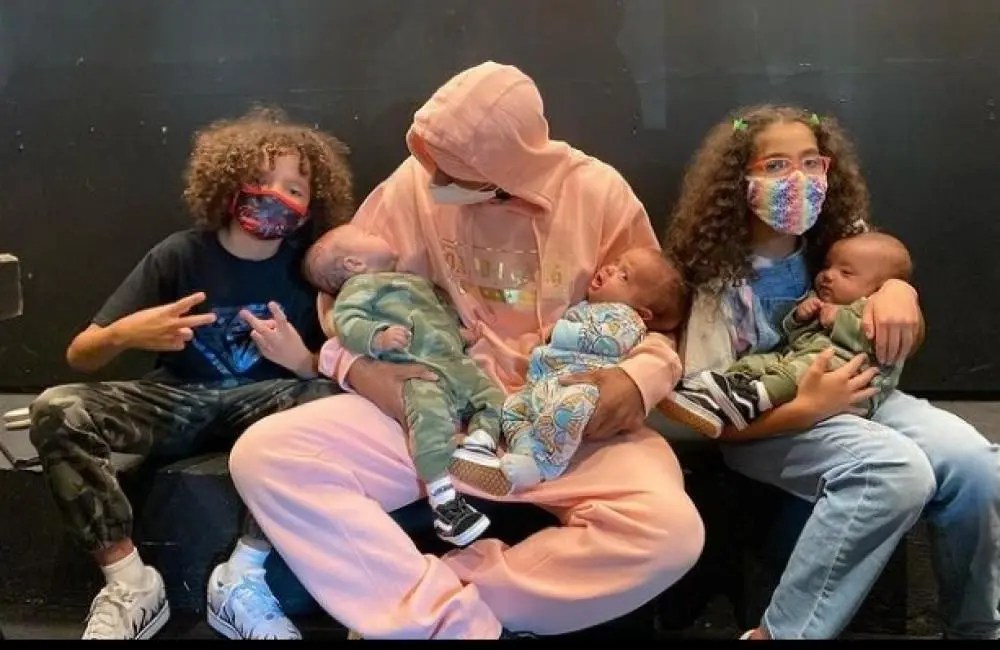 Nick Cannon has shared a previously-unseen photo of his late son Zen with four of his siblings, taken before the tot’s sad passing last month.

The “Wild ‘N Out” presenter and Alyssa Scott’s five-month-old son Zen sadly died from brain cancer in August and over the weekend, the 41-year-old star shared a never-before-seen photo of the tot with some of his siblings that had been taken prior to his passing.

The picture featured Nick holding onto Zen, with his and ex-wife Mariah Carey’s 10-year-old twins Moroccan and Monroe either side of him. His daughter was holding one of his younger twins, seven-month-old Zion and Zillion, who the ‘Masked Singer’ host has with Abby De La Rosa, while Nick held the other baby himself.
Nick – who also has Golden, four, and Powerful Queen, 13 months, with Brittany Bell – recently credited his other children for helping him “keep it together” following Zen’s death.

He said: “Having to explain that to 10 year olds and a four year old [Golden] is pretty intense. But their understanding and them being there for me probably helped me keep it together as well as really deal with it. Specifically, even, Roc and Roe. They were there for the entire journey. The “She Ball” star also said his daughter Monroe has been one of his biggest supporters throughout his loss, as he hailed her as his “best therapist”.

He explained: “My daughter, really, she’s so in tune and in line and wise beyond her years. I got a lot of therapists, but she’s probably my best therapist.”

“She keeps me in check. She’s so pure and so honest. To be 10, she asks some really strong and powerful questions. Really, just it’s all out of love. She’s my oldest child. Even though they’re twins, she came out first and she lets everybody know it. She’s helped me keep it strong.