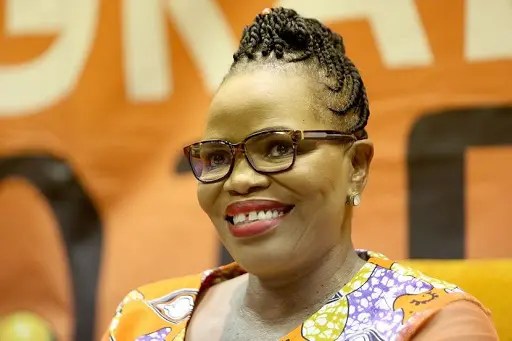 The National Freedom Party dedicated its election manifesto to the party’s late president, Zanele KaMagwaza-Msibi, when it launched its local government election plan in Nongoma yesterday. The party will be contesting the local government elections for the first time in 10 years.
NFP secretary-general Canaan Mdletshe said it was a sad day for the party as it launched its election manifesto without its leader. He said KaMagwaza-Msibi’s death had deeply affected the organisation, but the current leadership had coped well.

Mdletshe said KaMagwaza-Msibi laid a solid foundation for the party and while it would be difficult without her leadership, they were confident in their capabilities to take the party forward.
There will be times when emotions will run high and when people will feel like giving up, but we have been able to put together a good team of leaders with different ideas but with one common purpose to unite the organisation,” Mdletshe said.

While delivering the party’s election manifesto, party deputy president Jeremiah Mavundla said they believed that, with correct management and strategic planning, and without corruption, the current resources available to address the ills and inequity of South Africa’s collective past could be put to far better use than was currently the case.

“A central tenet of the National Freedom Party approach to a working governance is an emphasis on strengthening the capacity of local and district municipalities. We believe such strengthened capacity will facilitate the process of speedily devolving the implementation of several national government initiatives to grass-roots level,” he said.

The NFP’s manifesto focuses on job creation, service delivery, housing, infrastructure development and maintenance, land and agriculture, economic development and youth. Mavundla said they were also focused on harmonising the relationship with traditional leaders. We don’t want developments to be hindered by fights between councillors and Amakhosi and Izinduna,” he said.