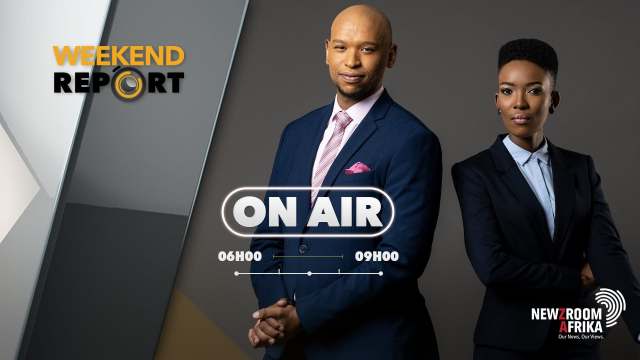 Newzroom Afrika, which celebrated its two-year anniversary on 2 May, will be shaking up its line-up.

The 24-hour news channel is launching three new programmes to offer fresh perspectives and unique insights into the latest news.

The new programmes include the Weekend Report, which will be hosted by Mpho Sithole and Buhle Madulini.

It will cover everything from global and African news, to sports, politics and arts and culture.

According to the channel, the show will air every Saturday and Sunday from 6am to 9am. There will be sit-down interviews with newsmakers, politicians, public figures and sporting heroes.

While Thabo Mdluli brings viewers into discussions from Sunday to Thursday from 8pm to 11pm with In Focus.

The show, which will be launched on 23 May, will feature in-depth analysis and fiery debates. It give the audience a platform to engage with newsmakers and hold them accountable via WhatsApp, Twitter or by calling in. There’ll also be long-format discussions on political, social, economic and cultural issues during the three-hour show.

The channel is also launching a new political show on 30 May. It will be hosted by seasoned presenter Xoli Mngambi. He will take a deep dive into the world of South African politics every Sunday in a new show titled Politics Unscripted.

According to the channel, Xoli will get a deeper perspective on the big political news stories of the day, with in-depth interviews and commentary from prominent analysts, news editors and thought leaders.

Speaking to Daily Sun, the channel’s news director, Katy Katopodis said: “We see Sunday afternoon as a huge part of the start of the news and current affairs week, which is why Xoli Mngambi’s Politics Unscripted and In Focus with Thabo Mdluli now form part of our stellar offering.”