NEW TWIST: President Ramaphosa has nothing to do with Phala Phala theft, he is just a shareholder

NEW TWIST: President Ramaphosa has nothing to do with Phala Phala theft, he is just a shareholder 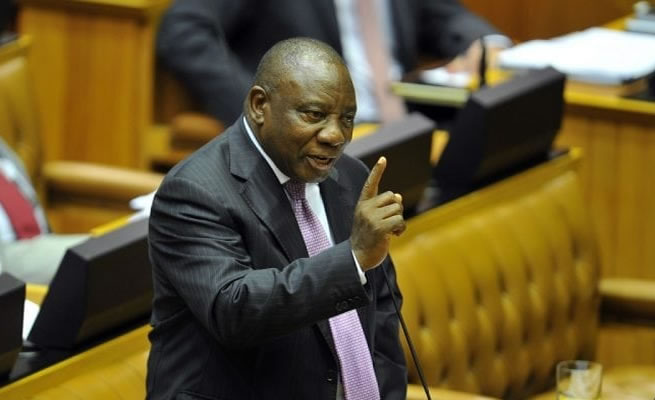 The Phala Phala farm forex theft had little to do with President Cyril Ramaphosa as he’s just a ‘major shareholder’ in a business entity, according to the ANC in Parliament while opposing an ad hoc committee to probe the saga.

On Tuesday, ANC MPs attempted to shift focus from President Ramaphosa — and individual political responsibility — to a business entity where responsibility could be buried, for example, by claiming employee culpability or some paperwork slip-up. Then add a dash of victimhood.

“The DA-led coalition would like us ‘to investigate’ someone, who is a victim of crime, not at his primary residence, but at his business premises,” said ANC MP and programming whip Mina Lesoma.

“It gets even more peculiar. They (DA) would like us to investigate, by and large, concerns (of) a juristic person. Phala Phala Wildlife is a separate legal entity…

“Sitting here… as we speak, none of us know the legal entity which was involved in the transaction, which resulted in the theft. We all assume it’s Phala Phala because it’s the headquarters of Phala Phala, but we actually do not know.”

The DA’s need for drama and sensation to appear relevant meant it had no sense of South Africa’s law, Lesoma added later. “They will fail to distinguish between the legal personality of an entity in which the President is a major shareholder, and the President himself as an individual.”

This signals how the governing ANC is set to approach further twists and turns in the Phala Phala saga — and how President Ramaphosa might have chosen to tackle questions due to investigations by the Hawks, Public Protector and the South African Reserve Bank (Sarb) — or even the independent panel to assess whether he’s got a case to answer in a potential Section 89 impeachment inquiry.

The inquiry is set to get under way now that public law academic and commentator Richard Calland has been replaced by advocate Mahlape Sello following EFF and DA complaints of bias to National Assembly Speaker Nosiviwe Mapisa-Nqakula.

“I have accepted the view of the Speaker that it may not be in the best interest of the parliamentary process for me to serve as a member of the Section 89 panel,” Calland said in a statement rejecting claims of bias, on the back of a career committed to constitutional democracy and accountability and “fierce” personal independence.

“I do not want unnecessary controversy over my appointment to divert attention from the real issues that are at stake… (or) to clutter or otherwise impair the integrity of such an important constitutional process.”

So, arguing Phala Phala was an entity in which the President was a major shareholder leads to declarations of financial interests stipulated in the code of ethics. And nothing says Phala Phala, or Phala Phala Wildlife, in Ramaphosa’s disclosures filed from 2014 to 2017, as deputy president and ANC MP.

From 2018, Ramaphosa would have declared under the executive ethics regimen only, as he no longer was an ANC MP. On election as President, that person resigns from Parliament, according to the Constitution.

Asked to comment about presidential declarations made under this regimen, Ramaphosa’s spokesperson Vincent Magwenya said, “All declarations the President is supposed to make, have been made.”

This “it’s-just-business” approach dates back to the Limpopo ANC conference in early June, just after ex-spy boss Arthur Fraser lifted the lid on the Phala Phala forex theft in an affidavit to police.

“I’m a farmer. I’m in the cattle business. I’m in the game (farming) business,” Ramaphosa told the ANC conference delegates then. “And through that business that has been declared in Parliament and all over, I buy and sell animals… This was a clear business transaction of selling animals.”

It was more than he has said in public since. Parliament effectively has been told to wait until the various investigations are done on “advice and counsel” during the disrupted 31 August presidential Q&A in the House, although four follow-up questions to the Phala Phala main question will be dealt with at the end of Thursday’s presidential question time slot.

Ramaphosa’s response in his June Budget vote debate, which unfolded against the Phala Phala saga, was that he’d consider calls for disclosure at an appropriate time, and due process.

On Tuesday, opposition parties displayed one of those rare moments of unity — even those not supportive of the ad hoc committee indicated the urgent need for presidential answers.

DA Chief Whip Siviwe Gwarube, who brought the resolution for a Phala Phala ad hoc committee, called for party politics to be put aside so Parliament could do its job — left undone in the Nkandla scandal over the taxpayer-funded upgrades at then president Jacob Zuma’s rural homestead and over State Capture.

“This is not some mud-slinging political fight. It is truly about the integrity of this institution. When history is written about (this) Parliament, let it be one where this House found its voice and put party interests aside in order to fulfil our legislative duty.”

Freedom Front Plus MP Wouter Wessels said: “All allegations of State Capture were simply ignored… As a result, billions of rand were stolen and public enterprises were destroyed.

“A well-known cliché states ‘history does not repeat itself, it is we who repeat it’, and the actions of the ANC’s Members of Parliament exemplify this.”

An ad hoc committee was needed to hold to account public entities like the police, National Treasury, State Security Agency and the tax authorities, according to, if not all, then most opposition speakers in Tuesday’s debate. None of these departments would be involved in the quite separate Section 89 impeachment inquiry, even if the ANC is repeatedly invoking this constitutional process as proof of an already agreed parliamentary action of holding the President to account.

Or, as EFF MP Omphile Maotwe put it, “There is no confusion… The ad hoc committee is going to deal with various issues, including the failure of the Sarb and Financial Intelligence Centre… and many other departments involved in a cover-up. The Section 89 process will deal with other issues.”

Tuesday’s debate on the draft resolution was scheduled not as part of the afternoon full plenary sitting, but during the morning when committees traditionally sit.

That means the vote on the DA resolution was kicked into touch until Wednesday, when the draft resolution is expected to be defeated — the ANC has stated its opposition, and has the numbers in the House.

But defeating a parliamentary ad hoc committee is unlikely to silence the questions and concerns raised over the Phala Phala scandal — regardless of whether it’s Ramaphosa the individual or major shareholder. DM