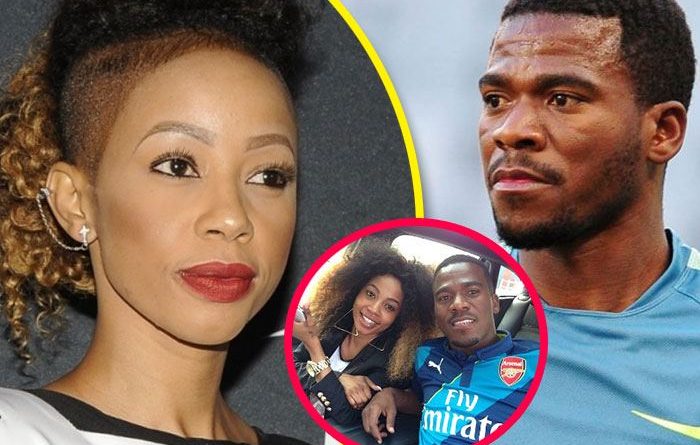 Few murder cases have rocked the country as much as that of Senzo Meyiwa, the late Bafana Bafana captain. He died seven years ago, and his murder investigation is yet to be completed. Now, his ex, Kelly Khumalo, may find herself in trouble because of it.

Songstress Kelly Khumalo may be arrested for withholding information that might otherwise help close the case, News 24 reports. Supposedly, she may be charged with obstructing justice in the murder investigation, which may land her in jail.

The case is particularly nasty as the murder is reported to have taken place in the singer’s house. According to reports, the footballer, who was still married and carrying on an affair with Kelly, had left his house where he lived with his wife, and gone to Kelly’s. That is where he was murdered in what was initially believed to an armed robbery gone wrong.

But as more details recently emerged, investigating officers had discovered that the murder was not a robbery gone wrong. They shared recently that it had been a contract killing, carried out by one of the most known assassins in the country.

The news is not surprising to many social media users who have been following the progress of the investigation. For seven years now, many have felt that Kelly was hiding something important about the murder, and this new twist seems to provide them with all the proof they need.

But Kelly has not given any time of day to all the accusations, save for one time. Even when the new details emerged to say that it was an assassination, no word was heard from Kelly, which some may find suspicious. She was probably just protecting her mental peace, considering how badly it went for her the last time.

The thing people keep forgetting is that Kelly has a child with Senzo, and that she has to prioritise her daughter in all this. In one episode of Life With Kelly Khumalo, her reality show, she broke the hearts of viewers when she spoke to her daughter about Senzo.

The thing people keep forgetting is that Kelly has a child with Senzo, and that she has to prioritise her daughter in all this. In one episode of Life With Kelly Khumalo, her reality show, she broke the hearts of viewers when she spoke to her daughter about Senzo.

And as if that was not enough, she has been accused several times, by fans, of having a hand in it. This may prove to be the last straw for Kelly Khumalo. It is likely going to erode the last shred of faith that her defenders have in her.

Either way, we hope this step moves us closer to seeing the saga finally come to an end. It has dragged on for way too long, and is a source of unnecessary heartache for his friends and family, as well as for Kelly Khumalo.