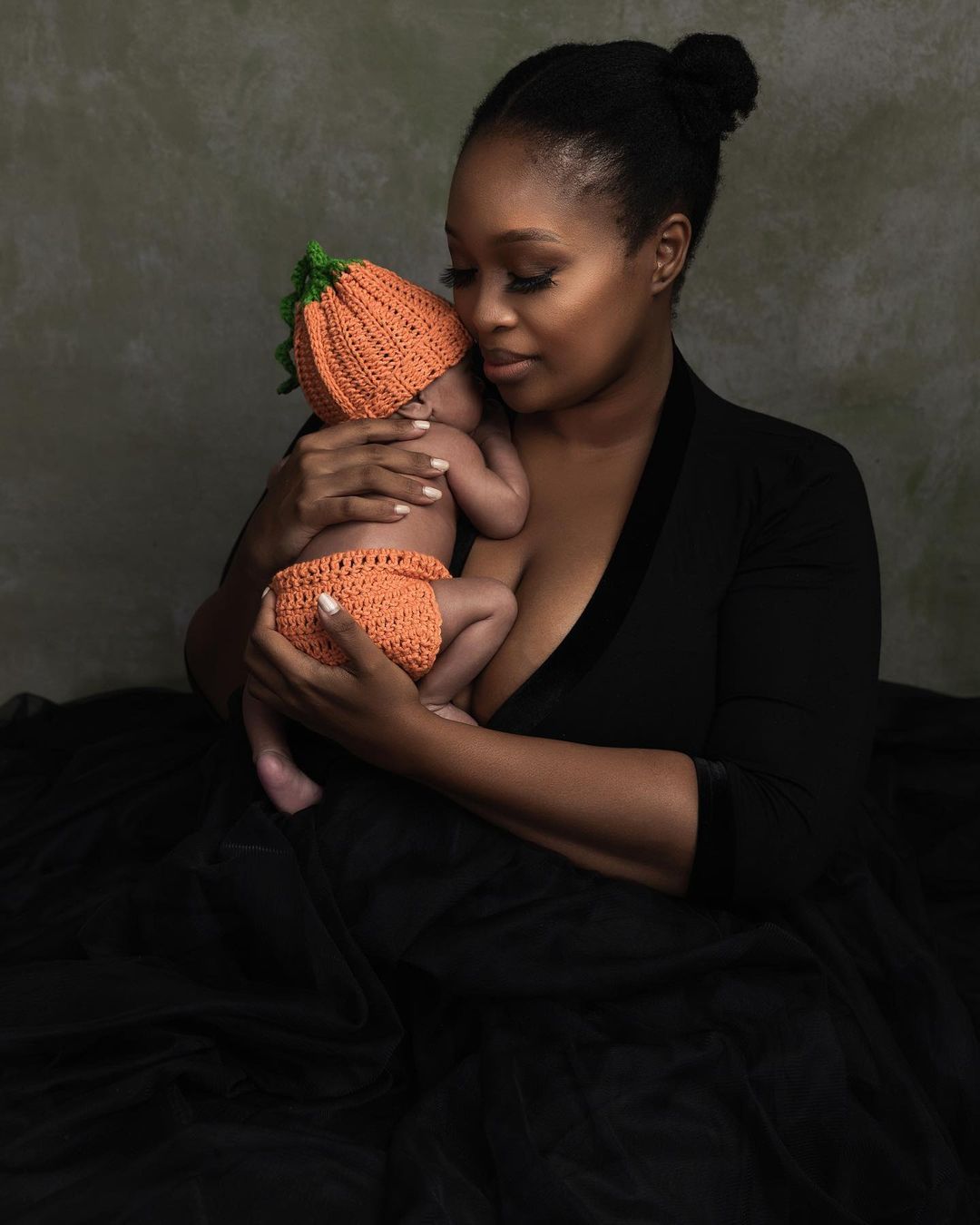 Radio and TV presenter Relebogile Mabotja has opened up about the few few days of breastfeeding her bundle of joy.

Relebogile took to Instagram to share what most women struggle with. She said, “The part about breastfeeding I battled with the most was the guilt. Breast is best! This we know but it’s not always possible for a number of reasons and I ended up feeling like I’m failing my child.

“And then there’s this assumption that a big-breasted woman is full of milk. Sometimes she is and sometimes she isn’t. In my case, production was interrupted because of c-section delivery, baby being in NICU, being discharged before my little one was and coming home to a pump that wasn’t right for my needs…

So I wasn’t as full as I looked. Fast forward almost 3 months later and baby and I are at a much better place. No more latching issues, we have found awesome different positions we both like, baby has latched on his own, supply is up, pump is keeping my production high and we are feeding well. Most importantly, my guilt issues are almost gone when it comes to breast feeding.

“We are still topping up with formula but I know I am doing the best I can with what I have and where I am and because I am less anxious and stressed, baby is really relaxed and happy and enjoying boob time. He even lifts his little leg up and down while eating and makes joyful sounds.

All of this however I did not achieve alone. With the awesome support of a lactation specialist, my doctor, my mom-sistahood, meds, nursing teas and lactation bars and loved ones. It has been a true team effort.

Fellow mothers took to Relebogile’s comments section to share their own experiences with breastfeeding. These were some of the reactions:

@lolo_mgu said, “My issue was that i have inverted nipples so my baby struggled to latch.🙁 I cried about this all the time because i was looking forward to breastfeeding. I had to resort to pumping which i really did not enjoy at all. I wanted that closeness, warmth and bonding moment when breastfeeding. It took me a while to get over the guilt.”

@faith_noyifaca said, “Imma be patient! Hopefully I’ll get to that stage sooner, nipples cracked, sore! Each time I’m supposed to feed him, I cringe! Bt I won’t give up on breastfeeding”

@zuzie_vee said, “Being a mommy of 3 and a neonatal nurse ,the struggle is real I know. It takes all the courage , perseverance & good support system . Well done mummy, its a bumpy ride with the end that is most rewarding .❤️❤️ Enjoy.”

@rethabilemotholo said, “I had the same problem as you. Baby in NICU. Pumping wasn’t helping much for me. Baby got sick when we got home and had to go back to NICU. I was stressed I ended up giving up on trying harder cause it was really too much stress dealing with everything”

@crys_taleats said, “I thought I wouldn’t be able to breastfeed because I have big boobs but if you can do it then lenna Kea Duma shem you just gave me hope 😢”

Which other parents can totally relate to Relebogile’s struggle? Let us know on social media.