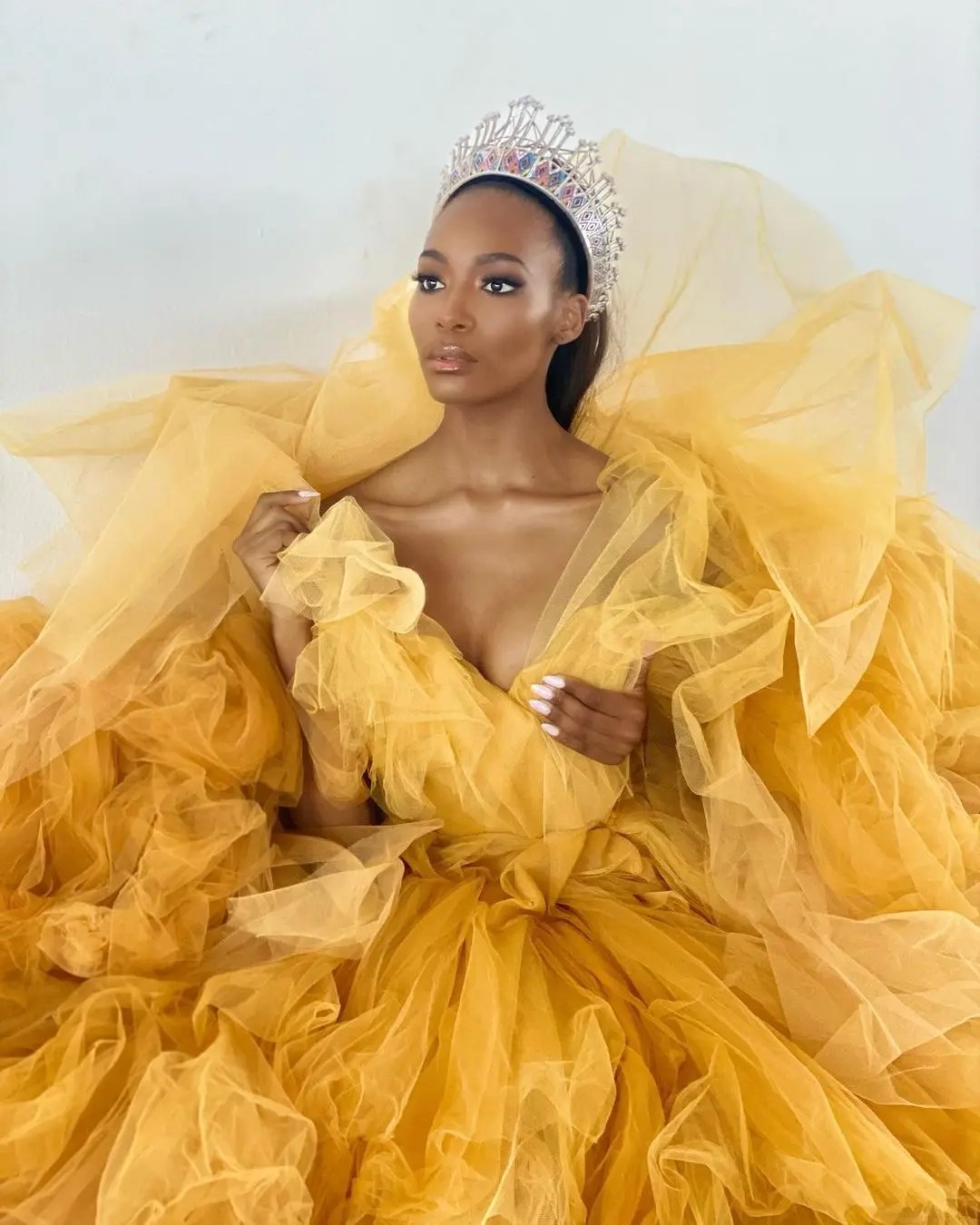 Minister of Sport, Arts and Culture, Nathi Mthethwa, has been urged to apologize to Lalela Mswane, who was crowned second runner-up at the 70th Miss Universe pageant in Eilat, Israel.

Mswane represented South Africa against contestants from 80 other countries in the competition, and was one of the front runners throughout the build-up to the finale, wowing the judges in the national costume competition on Friday.

She wore a white outfit by the Costume Department with white feathers symbolising a dove of peace.

Mswane’s participation at the pageant divided South Africa, with many criticising her for going to “apartheid Israel”, while some applauded her for her courage.

A month before the pageant, the department said that it would not be supporting her.

“The atrocities committed by Israel against Palestinians are well documented, and the government, as the legitimate representative of the people of South Africa, cannot in good conscience associate itself with such,” the government said in a statement.

After the pageant, the reigning Miss South Africa said she was overwhelmed to have done so well.

“I am overwhelmed to have made it into the top three of the competition. The whole experience has been beyond my wildest expectations. Congratulations to Harnaaz and Nadia and all the other contestants who made this journey so special. I am deeply thankful to all the amazing people who have supported and uplifted me,” Mswane said.

The Citizens for Integrity organization yesterday called on Mthethwa to apologize to Mswane.

Director Mark Hyman and Willie Hofmeyr said Mswane’s reputation and standing were far more advanced now than they could have been had the bullying and attempts to force her to withdraw from the pageant been successful.

“Mr Minister, you would have left her with nothing, except a lack of dignity. Your threats that it could prove disastrous to her future and public standing seem a little hollow. Will you greet her on her triumphant return to South Africa? The world is her oyster, and millions of South Africans celebrate with her,” they said.

The NGO had also approached the Gauteng High Court to have the government withdraw its statement that it would not support the Miss SA Organisation, saying the decision was irrational and in violation of Mswane’s human rights.

South African Zionist Federation national chairman Rowan Polovin said South Africa owed Lalela enormous gratitude and a “thank you” for her courage to represent the country on the global stage.

“We commend the moral fortitude of her standing up to the hateful bullying and intimidation tactics of a young woman by the ant-isemitic Boycott, Divestment, Sanctions movement, which failed to prevent her from attending and shining in the event in Israel.”