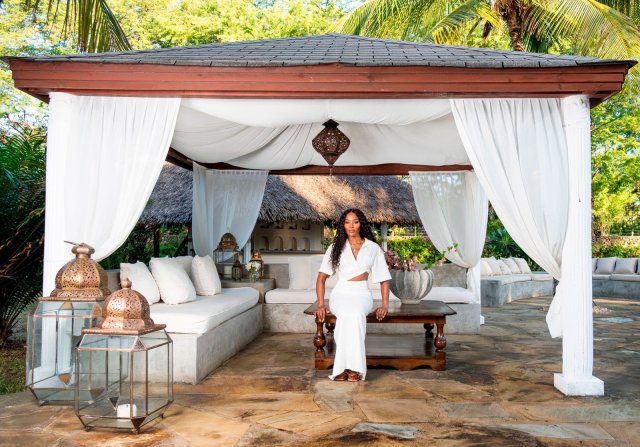 British model Naomi Campbell has showcased her airy villa in the Kenyan coast.

In a video interview with the Architectural Digest magazine, Ms Campbell, who was appointed Kenya’s tourism ambassador in January, walks through the villa professing her love Kenyan-made furniture and art.

The villa is roofed with dried coconut palm leaves, locally known as makuti.

Ms Campbell during the interview says she loves furniture made in African countries and often collects pieces from different countries.

The queen herself graced us all with her presence on the cover of our May issue and dishes on her African escape while serving looks perched at her luxurious, airy villa in Malindi, Kenya: https://t.co/bm824uryIf pic.twitter.com/AlGsskFV4q

The 50-year-old style icon and philanthropis said she had visited Malindi in the 1990s and fallen in love with the Kenyan coast.

Her villa is located in a luxury resort that has other private residences.

“It’s a very calming place,” the Architectural Digest quotes her as saying.

“You don’t really want to be on the phone.

“You’re not trying to find a television.

“You just want to read and be with yourself. It’s nice to just have the silence and the crickets.”