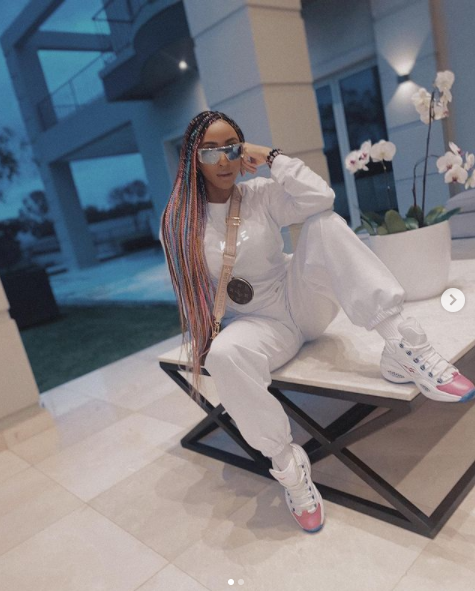 Nadia Nakai has hinted at having secured a major bag on social media. After making her followers wait in anticipation, she finally let the cat out of the bag by saying she has joined the Channel O family.

Rapper Nadia Nakai has just scored herself a co-presenting gig and she will be presenting alongside President Thato aka Prezo. The new youthful show will premier on Thursday March 5 at 6PM.

“ANNOUNCEMENT I am the new presenter of a new FIRE show called @GenZSouthAfrica along side the amazing Prezo @presidentthato airing on @channelotv. The first episode airs this Thursday at 6pm. Set your reminders now!!! Cos we coming in hot!!!!! #genz,” she said.

Nadia Nakai is not new to the Channel O family as she has her very own music talk show called “The Naked Room”. The first episode of her show first aired on Channel O and the rapper couldn’t be more proud of her success. The show will have segments such as live performances & interviews with artists that continuously “shift the culture” according to Nadia.

Apart from bagging this major achievement, she also bagged a lucrative hunters endorsement deal and she also successfully released the documentary, Nadia Naked, for her 2019 hit album.

Nadia also just landed in the country after getting back from Ghana recording visuals for her song with American rapper Vic Mensa for their collaboration Practice. The track is from her debut studio album Nadia Naked which boasts of a vibrant line-up of collaborators including Family Tree boss Cassper Nyovest, and the talented Lady Zamar.

Taking to Instagram, Nadia shared some behind the scenes visuals of her music video shoot and captioned one of her post, “When you in his country, you know exactly what had to happen! All it takes is a little Practice, Wait on it… it’s gonna be Fyre…”

After her music video shoot, Nadia boasted about the wonderful time they had on set, “Still in awwww and how amazing everyone was on set yesterday! We all worked really hard! And I know this has to be the best video I’ve shot by far!!! Thank you everyone involved! I’m soooooo inspired.”