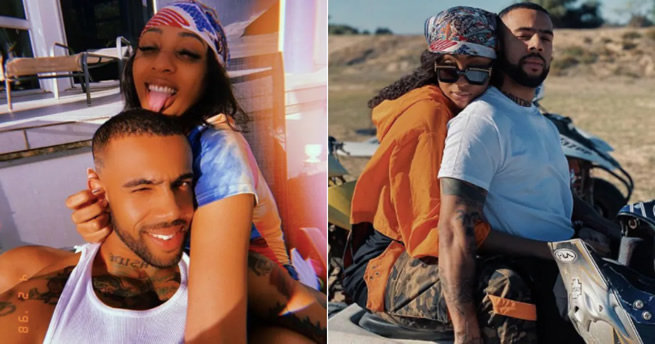 Mzansi rapper Nadia Nakai has made her relationship with American rapper official on social media.

The pair have been hanging out with their friends and are enjoying life together.

They’ve both posted pictures of each other on their respective social media accounts.

It was presumed the Vic made his way to Mzansi because he has to shoot the music video for the song with Nadia but he’s also just enjoying some more time with his new love.

Cassper Nyovest is one of the people who is shocked by this latest development and he commented on one of the snaps.

He said: “Are you guys still shooting a music video or dinstang?”

Nadia has been hanging out with Vic a lot lately and this led fans to believe that the two were more than just co-workers. They recently dropped a song together titled Practice and have seemingly developed romantic feelings while working together.

Vic recently flew out to South Africa and is enjoying his time in the country. He’s shared snaps on Instagram enjoying the vibes in Soweto and recently jetted off to Cape Town with Nadia.