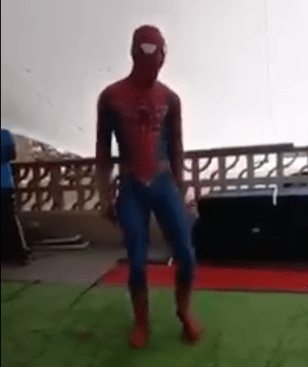 RECENTLY, Mzansi was left in stitches by a man dancing to Kamo Mphela’s hit song Amanikiniki in a Spider-Man costume.

In the video the man, who people have decided to call Sipho-Man, can be seen in the video that has been widely circulated on social media doing dance moves such as gwara gwara and vosho at a kid’s party.

This is not the first time cartoon characters have trended for doing questionable things on social media.

In 2019, attendees of the “Disneyland in Polokwane” voiced their complaints about the disastrous event, but Disney Africa distanced itself from the event.

They said the event was “neither run nor sanctioned by The Walt Disney Company Africa”.

Reacting to the video, Mzansi started pulling out similar videos of cartoon characters who were hired to entertain kids at their parties but ended up doing the opposite.