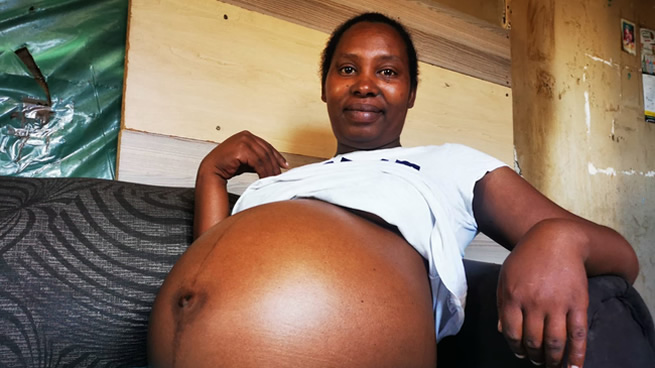 A Mitchells Plain mom is appealing for help as she gets ready to give birth to quadruplets this week.

When Berenice Jacobs, 35, prayed for a baby girl, she didn’t expect to be pregnant with four babies at once.

Speaking to the Daily Voice just days before she undergoes a Caesarean section to birth her four bundles of joy, the mom of three from Tafelsig says she is bang but excited.

She says in January after not menstruating, she went to the clinic for a pregnancy test.

“The sister asked me to count the weeks and then they listened for the heartbeat but were confused about something so they sent me to Mitchells Plain District Hospital for a scan,” she says.

Berenice says she could not contain her excitement when doctors first told her she was pregnant with triplets.

She was then referred to Groote Schuur Hospital for another scan. 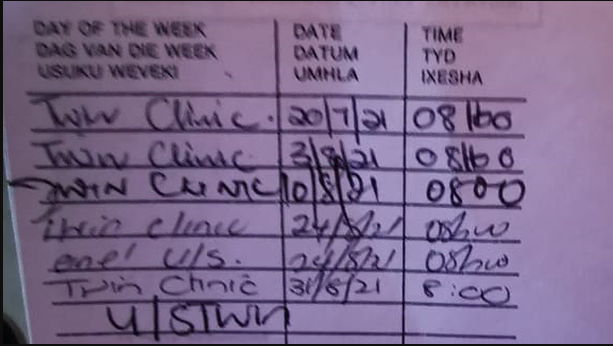 “At Mitchells Plain, they told me there are two girls and a boy.

“I was so happy and then I went to Groote Schuur but I got a skrik when they showed me it was four babies and not three.

“They showed me that the boy split from the girls.”

Berenice says her husband, Melvin Loots, 35, could not believe the news.

“He was shocked because we weren’t even really trying and it just happened.

“I didn’t take any medication, it is all natural.”

At 29 weeks pregnant, Berenice says just getting up in the morning is a mission.

“I sukkel because they are so heavy.

“I feel tired and heavy with all these children in my body.

“I can eat a whole pot of food and two loaves of bread.

“I can’t help it, I am always hungry,” she laughs.

Berenice will return to hospital for a check-up tomorrow but says doctors have warned her to prepare for birth.

“The boy is 1.2kg and he is uitgevriet because he is eating all the food.

“The doctors fear for the one girl because she isn’t getting enough oxygen and food so they told me I must prepare myself as they may take the babies out when I go in on Tuesday.”

“She is 29+ weeks and is having quadruplets.”

Berenice and her husband are currently both unemployed and live in a Wendy house with their three children.

The worried mom says they cannot afford supplies for their four babies and are appealing for help.