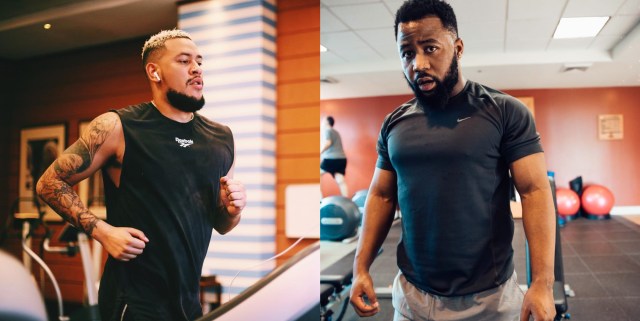 SA Hip-Hop fans are getting tired of the uncertainty surrounding Cassper and AKA‘s boxing match. But whether it was due to contractual issues or something to do with the Covid-19 pandemic, it’s beginning to seem like the highly anticipated boxing match might never happen. Fans who were excited have expressed how they will be disappointed if the match does not materialise since many thought watching the artists settle their well-documented beef would make for good entertainment. Check out some of Mzansi’s reactions below:

Everyone knows that #AnyMinuteNow and #Bhovamania were two lackluster projects. No stand out records like they once did before; they could never replicate the golden years when we got Congratulate and Gusheshe.

This contract signing for a box match by AKA and Cassper boggles my mind. Cant they meet at Sandton Convention via press/media and both sign?🤔

Guess this thing it's not gonna happen. Again! Ke boregile.

We previously reported on Cassper Nyovest accusing AKA of lying about signing their boxing match contract. Supa Mega took to Twitter recently and shared that he has signed the contract to their highly-anticipated fight aimed at settling their beef. Mufasa took to Twitter a few days ago and disputed his arch-rival’s claims about the contract. The hitmaker still insists that the papers have not been signed. He expressed that he would only believe AKA when he received the signed contract. Cass replied on the micro-blogging app.